The past week had it all: From racing tradition to the electric car in scale 1:43 and 1:18, there is something for every fan to the Stuttgarter 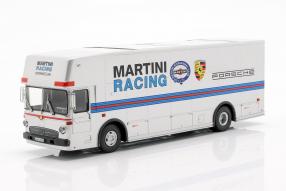 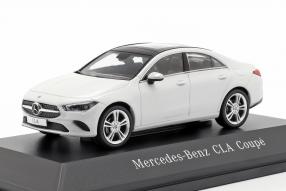 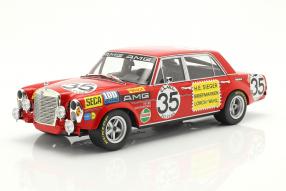 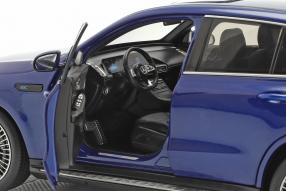 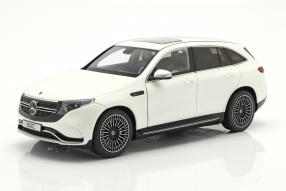 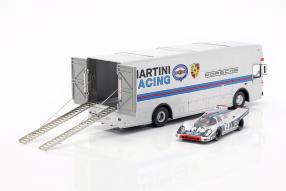 With today's article we want to review shortly on the past week, in which many novelties to the topic Mercedes-Benz have appeared. First of all we look into the past, namly in the year 1971, where Hans Heyer and Clemens Schickentanz have teached the Mercedes-Benz S-Class 300 SEL 6.8 the running on race tracks. Minichamps has delivered a further version of the popular, used by AMG, touring car. The modelcars of diecast appeared also as the further here presented miniatures in the Mercedes-Benz typically advertising packaging: For friends of the current model year offers the acquisition of the new CLA of the model series C 118; fans of high technology should be enthusiastic about the models of the new, all-electric EQC 4matic, which is available in 1:43 as well as in 1:18.

This to the introduction: Now we want to look at the car models in detail. Minichamps is the manufacturer of the models for the Mercedes-Benz 300 SEL 6.8 from 1971; By the way, only eight years later, and for the first time with the W 116, the concept of the S-Class was introduced. Under the item number B66040650, the collectors receive a modelcar of the built on the series W 108 four-door in 1:18, which surprisingly won the class victory and second place in the overall standings at the 24 Hours of Spa, in 1971 and thus founded the myth of AMG. You remember the nickname (Rote Sau) Red Sow, which the fans gave the vehicle? The miniatures are still very popular, but this inexpensive diecast version has no doors to open and hoods. If you do not miss it, you will get a perfect image of the spectacular V8 in terms of appearance and lines.

It is more modern in the internally C 118 designated four-door cars, to which Spark has been licensed to recreate them in the format 1:43. Amongst other things in digital white (B66960470) modelcars replicate a notchback version of the new Mercedes-Benz A-Class W 177, which debuted in 2019. The CLA is the flattened variant, so to speak, of the CLS A-Class, while Mercedes-Benz leads still a real notchback sedan of the A-Class in the program under the name V 177. Spark's miniatures are top in finish and detailing; Cultivation and glass parts fit perfectly and the darkened glass roof enhances the miniatures: indispensable for collectors of the brand with the star. In our opinion, the highlight of the deliveries are the new Mercedes-Benz EQC in format 1:43 and 1:18, which were manufactured by Spark and NZG, respectively.

The smaller models of the N 293 are manufactured by Spark, e.g. in high-tech silver (B66963754) as usual in this size without functional parts; NZG extends the electric SUV in the so-called Bburago size of diecast with four openable doors and a swinging tailgate plus liftable glass roof (!) In two colors: in brilliant blue (B66963757) and designo diamond white bright (B66963756). In terms of detailing, the interior design corresponds to the high level that we have known at NZG and, at least since the days of the Mercedes-Benz Actros car transporter or the models of the Volkswagen T6 Multivan, have inspired us. The new SUV modelcars have steerable front wheels and know to implement the pleasing design of the electric car perfectly in the format 1:18; a model with which the future of the Mercedes-Benz brand now also finds its way into the collector's cabinets.

Beside the tradition of times of the (Rote Sau) Red Sow, there is another model to the keyword tradition: the race transporter, which the retailers modelissimo and ck-modelcars have put on and is available exclusively at these partners. The modelcar from Schuco in the scale 1:43 and in retail packaging also appeals to the fans of Porsche, because the sports car manufacturer has with the conversion of the Mercedes-Benz O 317 bus at the body shop Robert Schenk from Stuttgart-Feuerbach shipped its cars to the racetracks. In the model of diecast, the tailgate can be opened and thus suitable miniatures can be driven over the working ramp in the hold. A real highlight for the collectors of these two brands!