05.09.2019The throwback thursday with Silvio Moser

Spark presents new modelcars in scale 1:43, which are from the history of the Formula 1 and not only close gaps, but reveal them 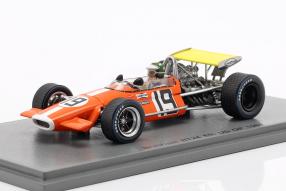 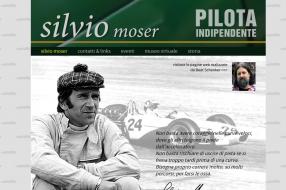 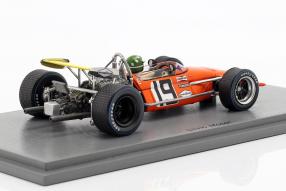 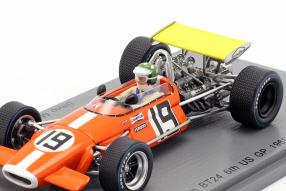 In Fact, the inclined reader of our blog should assume that every day clever professionals prepare the content for you. Blogger, who write articles about modelcars and its role models since many years and have the corresponding insight. Well, that's the way it is, of course, but sometimes there are gaps in knowledge. With the miniatures of the Brabham BT24 of the Silvio Moser Racing Team in 1:43, it not just closes a gap in the showcases of the collectors, but also reveals a hole in the editorial: Team Silvio Moser? Never heard! Since this name may not be familiar to one or the other younger readers as well, we take this opportunity to do some research and at the same time to point out the novelties of Spark, which do not emulate the brand new racing cars from the Formula 1.

The Swiss Silvio Moser had started in an era of the motorsports, when there were still privateers with own cars in the automotive world cup. Out of this came today's Formula 1 World Championship. Moser, born in 1941, had driven twelve races in the royal class between 1967 and 1971, where he managed only four races over the full distance though; eight times he fell out. However, the target arrivals gave him two times points: A fifth in the Netherlands in 1968 and a sixth place in the USA in 1969, which deals with our model. Like his colleagues, he also sat in cockpits for sports car races: At the 1000 kilometers of Monza in 1974 he had lost control of his Lola from Bretscher Racing and crashed so hard that he died from the consequences of his accident. Photos and more can be found on the fansite on the internet.

The Brabham BT24, which Moser used under his own name at the 1969 US Grand Prix, he had bought at Motor Racing Development Ltd. So the company that was active under the name of two-time world champion Jack Brabham since 1962 in Formula 1 and delivered vehicles to customers at that time. It was founded the year before by Brabham and the engineer Ron Tauranac, who designed the BT24 based on the Formula 2 car BT23 to the Repco 740 3.0 liter V8. The fiberglass panel covered the tubular steel frame chassis; the engine was open, which gives Spark the opportunity to go full throttle in replicating the details: Mega, what the collector gets with this model. However, Moser placed in the US Grand Prix on the Ford Cosworth DFV 3.0 V8, which Spark considers at the model with the item number S6265.

The race about 108 laps à 3,701 kilometers had been held on the track of Watkins Glen: At that time, Jochen Rindt won the first Formula 1 race of his career after 399,708 driven kilometers, on which five further should follow. Moser finished 10 laps behind. Privateers never had it easy compared to the factory teams. However, it is easy for the collector to enjoy the details of the model of the Brabham BT24, because it offers prototypically designed chassis parts, the perfect replica of the drive set as mentioned, as well as immaculately executed paintwork together with the correct decoration and beautiful replicas of the rims. So, we have now closed a gap in the back of our minds: Readers now have fun with the model.