This weekend the premier class of motorsport starts in its 70th season. We celebrate the start of the season with a number of interesting modelcars 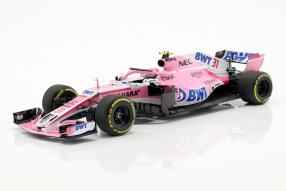 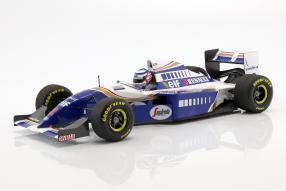 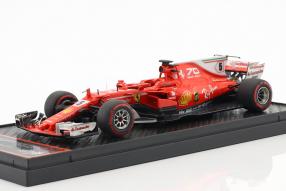 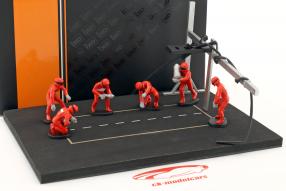 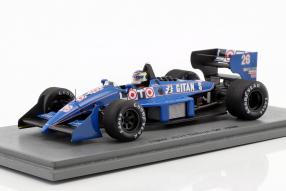 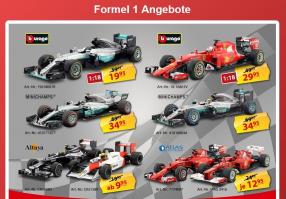 The 17th of March 2019 is the day, when the long waiting to exciting races of the fans comes to an end: The formula 1 is back and all competitors are chasing on man - Lewis Hamilton. Because many of them want to prevent that the Brit achieves his adding another titel to his current five world championship titles. Especially Sebastian Vettel, who wants to raise himself to the enlightened circle of the five-time champions with his Ferrari SF90. That the front wings are about 20 centimeters wider and the structure became easier and the width of the rear spoiler increased by ten centimeters, should deal with us in terms of modelcars until late autumn. Concerning the season start, we want to - as already mentioned in the newsletter of this week - draw attention to several miniatures, which we still have and invite you on a journey through time.

Modelcars from the later or even younger years in the different scales, with which the collectors sometimes have the opportunity to close gaps in the domestic showcase at more affordable prices. The link below will take you to the complete overview; At this point we want to focus on a few highlights. Let's start with the cars of Force India, which mark the last models of this racing team. Because in 2019, the team acquired by a consortium around the father of Lance Stroll under the new name of Racing Point F1 Team that logically relies on the driving skills of the young Canadian and the Mexican Sergio Pérez. The modelcars of Minichamps still reflect the Force India car, driven by Pérez and Esteban Ocon, who switches to the Silver Arrows as a replacement driver.

The VJM11 by Ocon with the item number 110180031 and Pérez (110180011) in the scale 1:18 are made out of diecast and present themselves in the artisanal perfect finish, for which we fans love Minichamps. The look and feel of the two racing cars are in perfect harmony with the lines of the monoposto; up to the striking Halo system. As a real highlight and also brand new in the program is the Rothmans Williams Renault by Nigel Mansell from 1994 in the even less common format for Formula 1 1:12 (127941202). The Resine model is limited to only 100 (!) Units worldwide. A really great miniature for rarity hunters. At Sebastian Vettel's third place in Italy 2017, a modelcar from BBR in 1:43 reminds; also brand new.

The role model of this model of the SF70 with item number BBRC203A limited to only 230 units was named "Gina"; In 2019 it will be the "Lina" on which Vettel focuses his title hopes. The fans of modelcars will find the four kits that Ixo recently offered in scale 1:43: six mechanics in a pit crew outfit on a piece of Pit Lane; et al in red overalls and therefore like custom-made for fans of the Scuderia Ferrari. Ideal for conjuring right boxing mood in the showcases. And then there are a lot of modelcars from the history of Formula 1, for example, Takuma Sato from 2006, Stefan Johansson from the Ligier of 1988 or Ferraris from the 1950s: Click on the link below and reminisces of a never-ending success story: the love of Formula One.

Here: Click to the complete overview of the formula 1, nine pages of pure passion for motorsport right through the decades