The bavarians are playing a big role: New model cars in scale 1:18 and a more than successful start, for the factory team, in the new racing season 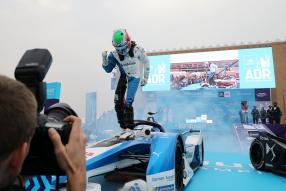 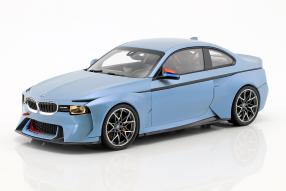 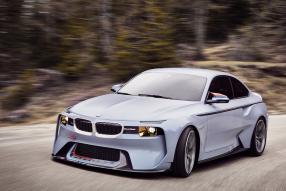 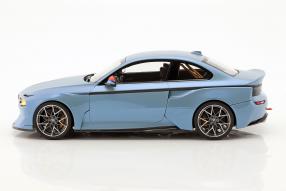 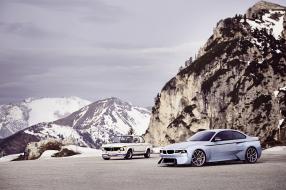 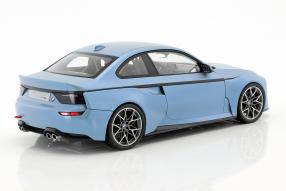 Perfect start for BMW i Andretti Motorsport and the BMW iFE.18 in the ABB FIA Formula E Championship: António Félix da Costa from the BMW factory  team, won at the premiere in Ad Diriyah! The Portuguese had secured the pole position. In the race he defended the first place with the support of the fans, via fanboost voting, in a close duel with the reigning champion Jean-Eric Vergne from France, until the end. For Félix da Costa - who regularly meets us as a driver in many racing classes because many model cars of his cars have appeared, it was the second victory of his Formula E career. It is a great success for BMW i Andretti Motorsport: as we reported last week, the cooperation as a factory team is just at the beginning. BMW starts into the future and from this the 2002 homage seems to come from.

The BMW 2002 Homage is a study that was developed on the occasion of the 50th birthday of the famous 2 series. At the Concorso d'Eleganza 2016 Villa d'Este, the BMW Group honored one of the most important vehicles in the BMW history with a special model. The BMW 2002 Hommage celebrates the exceptional engineering performance of the BMW 2002 turbo and interprets it in the way of a design study for today's time. "Exactly 50 years ago, the 02 Series started an era of success for BMW, and this compact coupe is one of the vehicles that made the brand what it is today," says Adrian van Hooydonk, Head of BMW Group Design: "The top model 2002 was the first production vehicle with turbo technology ever in Europe and made the coupe a real sports car."

Van Hooydonk added that the BMW 2002 turbo was also the technology forerunner of engine development at BMW: "We honor all this with the BMW 2002 hommage." The sporty silhouette of the BMW 2002 Hommage lies flat on the road: Norev has converted the compact proportions with long wheelbase, short overhangs and pronounced sharknose in the usual excelent scale 1:18. Aerodynamic details such as the large spoilers in front and rear and numerous air vents, provide optimum flow and the greatest possible downforce in any driving situation and was perfectly made by the mold makers from Vaulx-en-Vaulin, really perfectly imitated into the last honeycomb of the grill.The model with the article number 80432454780 also picks up on the modern interpretation of historical details.

Based on the characteristic surrounding chrome band of the then 02 series, the real model, as well as the diecast model car, embraces the BMW 2002 homage at the height of the shoulder and visually subdivides the bodywork. The lines are minimalist, clear and flowing, so BMW: "The surfaces are very striking and sculpturally worked. The characteristic lines give the side a modern touch. The curve towards the rear accentuates the powered rear wheels. The bright metallic blue of the prototype shimmers depending on the incidence of light, from brightly fluorescent blue to gray, which gives the surface work a dynamic depth. The entire vehicle's body radiates power and energy.

The eye-catching, voluminously modeled wheelhouses quote the homologated version of the BMW 2002 turbo, in which fender attachments were screwed on because of the wider track. The hommage vehicle interprets this detail as a harmoniously integrated solution within the highly dedicated side panel. The sophisticated surface work with precisely modeled lines encloses the powerful wheelhouses and thus brings them to their best advantage. 20-inch light-alloy wheels in bicolour design complete the appearance towards the street. The modern designed, elaborately milled multi-spoke design remains to the motorsports rims of former days; golden brake calipers with M logo set a high-quality accent on the prototype and model.

But now back to Formula E: The weather had not worked out as we suspected. After rain in the morning, the 22 drivers in the field had only one training session available before qualifying. There, the pilots started due to the numerous delays in only two instead of the usual four groups. Félix da Costa made his pole-time in the first qualifying group. The race then took place in dry conditions. Additional tension was provided by the newly launched Attack Mode and the Fanboost. Félix da Costa was one of five pilots who could use this extra energy boost in the final stages of the race. Teammate Alexander Sims (GBR) finished 18th in his debut race in Formula E. On January 12, 2019, the all-electric racing series in Marrakech starts in the second round.

Here: Click to the model of the BMW 2002 Hommage

Click here to the modelcars of Félix Da Costa