With the end of the German Touring Car Masters, we also end the season of our performances at the Motodrom for this year: Welcome to the Nordtribüne 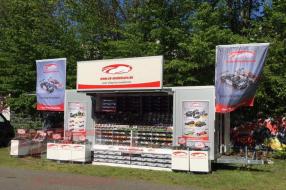 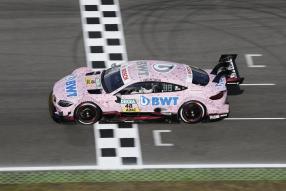 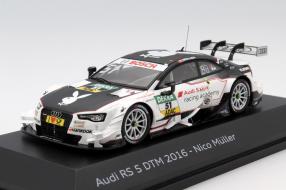 Four third place finishes is all Lewis Hamilton needs in the Formula One for the fourth world title; even if Sebastian Vettel wins the last four races. There seems to have been a preliminary decision in which we are still far away in the DTM to the finals of the coming weekend: By themselves, lead runners are able to come far behind in the end because the cars are more competitive than in Formula One. At the moment, Mattias Ekström and René Rast are driving the riders at 172 and 151 on the Audi RS5 DTM, but if these two stars do not reach the finish or the points, Jamie Green, Mike Rockenfeller and Marco Wittmann could still have title chances. We assume, however, that Ekström and Rast make the championship among themselves and are already looking forward to the modellautos to their employment cars.

But apart from the fact that we are on site and are particularly pleased when you visit us at the Nordtribüne, the visit to the DTM is worthwhile for other reasons: The Fantastischen Vier give a concert! For 28 years the Stuttgarter fans have been enthusiastically giving their fans a concert with all the DTM tickets on the Saturday evening - the 14th of October from 7:30 pm. As if this were not reason enough to spend the weekend in Hockenheim, the organizers announced another highlight: the Japanese SUPER GT series will be broadcasting two vehicles, which will be racing on Saturday and Sunday. The appearance of a Lexus and a Nismo gives the motorsport fans a taste for the time, when both series go according to identical regulations and measure directly with each other.

The roughly 455 kW / 620 bhp Boliden contest Friday test trips over 30 minutes; On Saturdays and Sundays, they are 15 minutes on the track at Renntempo. Who is driving? The DTM umbrella organization ITR and the GTA as operators of the SUPER GT series, which has been popular in Japan, have been cooperating for years. The technical regulations for the two series are already covered in many areas. Components from the cost-saving equilibrium concept are also installed in Japanese cars. The goal is that from 2019, when the new DTM regulations come into effect, the vehicles of both series will be built according to the jointly developed, so-called Class One regulations. We are eager to see how this will continue!

Here: Click to the overview of all modellautos about the DTM in the shop