Again, modelissimo and ck-modelcars have joined together and presented two exclusively available miniatures 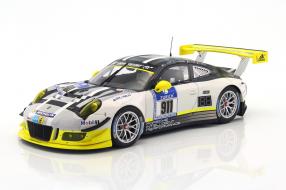 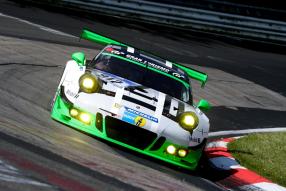 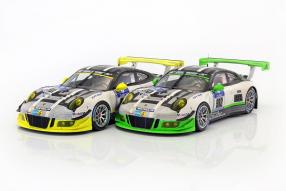 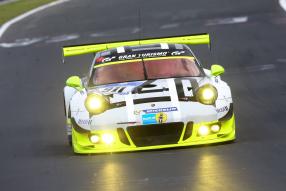 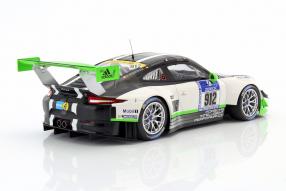 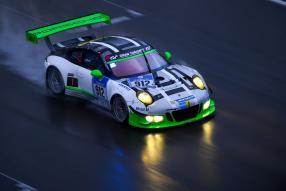 Porsche 911 - an almost infinite theme in real life as well as in the model building industry. But who does not love them, the sports cars from Porsche? We already, wondering again and again that there is room for new model cars on this topic. But thanks to motor racing and its annual re-runs of the 24 hour race, new models are emerging, and the model builders plunge. Miniatures but to the cars of Mathey Racing at the 24 hours of the Nürburgring 2016, which are only available with modelissimo and ck-modelcars, because these two resourceful dealers have decided in cooperation with Minichamps, high-quality images of the Porsche 991 GT3 R with the Start numbers 911 and 912. Are there more awesome numbers for this car?

The 44th 24 hour race at the Nürburgring was held on the weekend of the 26th to the 29th of May 2016 and entered the history of the legendary circuit through the fourfold victory of the Mercedes-AMG GT3. Adverse weather conditions even caused a break in the race. For the models of our two Modellautos ran the weekend unfortunately not good. The number 911 suffered an accident in qualifying, had to be repaired the night before the race and went 29th place in the race. For the Porsche 911 of the driver Nick Tandy, Kevin Estre, Earl Bamber and Patrick Pilet, however, the regular race had already come to an end after the first lap. For the second factory Porsche with the drivers Richard Lietz, Jörg Bergmeister, Michael Christensen and Fred Makowiecki did not run much better. Rather - more regrettable.

A must for every 911 collection

Because the car with the starting number 912 convinced in the further course of the race of the race in the early evening with a nice catch-up hunt and drove up to the fifth rank forward. Just five hours before the race, however, a technical defect resulted in a failure. Tragically for a team that has five overall wins in the 24 hour race at the Nürburgring in the years 2006 to 2009 as well as 2011. The attractiveness of the model lautos, limited to just 350 copies, does not stop this. Qualitatively high-quality decorated, perfect in terms of workmanship and appearance as well as price-wise very interesting, they are a highlight for every 911 collection and should be quickly out of print: Quick access is our recommendation!