21.06.2017Ck modelcars nominated for the Diecast Hall of Fame

174 award winners from the model car scene have already enjoyed receiving this award. Now we have a chance. Help us and vote for us! 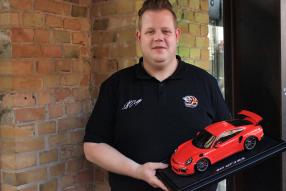 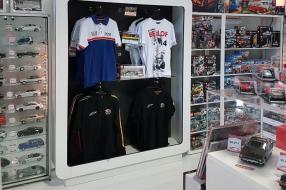 At the beginning of June, we informed you about the nomination of our CEO and founder Christoph Krombach for the Diecast Hall of Fame. Today we are talking about ck-modelcars ourselves: We are nominated for the award "Diecast dealer of the year", Please help us with your vote to get this highly sought-after award by clicking on the link below and placing your cross in the second line, where you can see the well-known logo. The Diecast Hall of Fame was launched in 2009 and is one of the most popular and well-known awards in the global modeling community. Over the course of time, 174 industry participants or people who have a special affinity to the model car from zinc die casting or also to the car have been honored.

Ck modelcars was founded on May 14, 2004 and offers around 8,000 different model cars and accessories to the customers distributed all over Europe. This means that the company based in Aßlar near Gießen with retail locations in the classic city of Frankfurt and the Classic Remise in Berlin is one of the top suppliers of car models worldwide, which now brought us the nomination. The judges, whose votes are included in the voting, include Andreas Berse from the trade journal Modellfahrzeug, Matt Boyd, the editor of the Diecast X magazine, Audi manager Matthias Braun and others. Modellauto book author Michael Zarnock. Therefore our request: be a part and votes for us under the embedded link mentioned here. Just click!