Model cars of the FIA World Championship for electric racing cars are rare and only available at Greenlight. Nevertheless: News for the #BerlinePrix 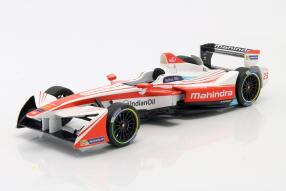 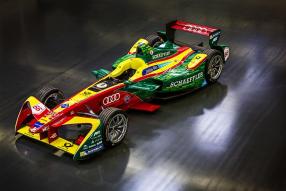 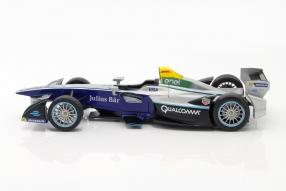 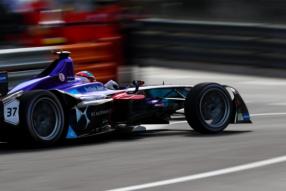 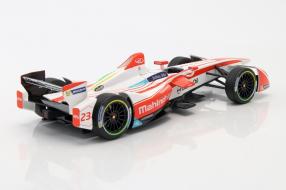 After the podium finish in Paris, he will be driven to the seventh and eighth round of the FIA ??Formula E Championship 2016 / 2017. DS Virgin Racing will be on the road again after the podium finish in Paris Points to fight. The purely electrically operated race cars start as in 2015 on the grounds of the former Tempelhof airport. For the first time in the season two races will be played on a weekend with Saturday, 10th and Sunday 11th June. In contrast to the race two years ago, however, the course of the course was redrawn: the e-Prix of Berlin takes place on a 2.27 kilometer long, ten curves comprehensive route. The top speed should be over 200.

FIA President Jean Todt is the father of Formula E

Based on the initiative of FIA President Jean Todt, the racing series, which has been designed to drive the future, was launched by the FIA ??on behalf of FIA since 2014, in cooperation with promoter Alejandro Agag and his company Formula E Holdings. In the debut season, all the teams entered the same car, the Spark-Renault SRT_01E, to which the American Modellbauer-Label Greenlight has outstanding model cars in zinc die-casting as well as the 1:18 scale. The original vehicles manufactured by Spark Racing Technology were powered by an electric motor, which, like the electronics of the vehicles, was owned by McLaren Electronic Systems, a subsidiary of the McLaren Group known from Formula 1, with a maximum output of 200 kW / 272 hp.

As is not the case, the regulations on the races with the five-meter-measuring monoposto - visually strongly reminiscent of the cars of the IndyCar series - are constantly revised. For the first time, different distances have to be completed for both races in Berlin - 44 laps on Saturday and 46 laps on Sunday. The drivers and their teams need to master an additional strategic requirement. After the second place of José María López at the ePrix of Paris, DS Virgin Racing goes to Berlin with great motivation. The team captured the third podium spot in the season in Paris and the first for the Argentine rider, who is increasingly gaining self-confidence at the wheel of the DSV-02.

José María López: "The team wants good results in Berlin, and we have demonstrated the performance of our monocoque in Paris and the previous races, and we have shown that we are able to achieve very good results I would like to make a more efficient and even better result. " The sixth race of the Formula E Championship in Paris was not without success for Sam Bird. He drove for the second time in a row the best lap time: "The last two races were difficult for me, even in the box, but we showed with the best lap time what potential exists ".

What is a Fan Boost?

Click here for the Formula E model of Nick Heidfeld in 1:18