TSM brings an impressive miniature of P1, which was tested at the Nürburgring in 1:12 scale. Besides McLaren knows to shine with good economic data. 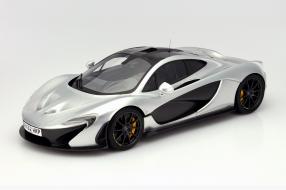 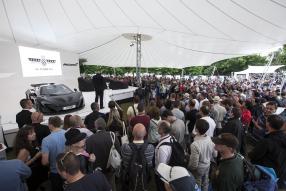 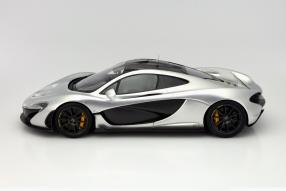 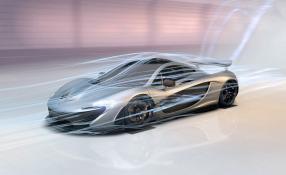 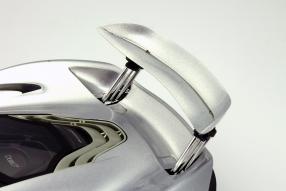 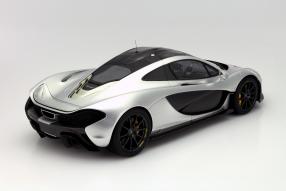 With the first presentation of the MP4-12 known   McLaren, known from Formula 1,   launched  a success story in 2009 which stared  a two-seat coupe and a Spyder at first.  The carmaker McLaren Automotive has developed  a range of three sports car categories  from the mid-engine sports cars delivered 2011. Now the company is announcing to have continued its profitability for the second year in a row - within a period of less than 4 years, since the company opened the first showroom. An achievement that can be regarded as a prime example in today's automotive industry: Chief Executive Officer Mike Flewitt announced on the occasion of the Festival of Speed in Goodwood  2015  to have  achieved an operating profit of 20.8 million pounds with McLaren Automotive in 2014.


20.8 million British pounds, are approximately 29.3 million euros. Compared to 2013, the profit of the small sports car manufacturer rose by 68 percent . Profit before tax for 2014  Flewitt estimated to be  around 21.2 million euros, 233 percent more than in 2013. These gains were achieved through higher sales, which rose from 402.8 million euros in  2013 to 671, 2 million Euros , Luxury runs: Even Mercedes-Benz reports 14.7 percent growth in these days the best-selling half of its history. Despite the impressing big numbers McLaren remains a brand that gets by with a few vehicles and therefore an ideal basis for setting up a manageable model car collection  primarily by Minichamps and Spark.


Minichamps, the company based in Aachen, has brought countless models on McLaren  since its founding over 20 years ago : street sports cars like the three-seater F1 just as well as F1 models from different years  and the M8A from the Can Am series from 1968 and other sports cars of the 1960s and subsequent years. McLaren Racing is conducted as part of the McLaren Group since 1985 , which also includes the McLaren Automotive Ltd.. The McLaren P1 crowns , the product range of the British for the time being. True Scale Models Ltd. from Hong Kong brought a large model in 1:12 scale, which we have not discussed in this blog. The produced resine plastic miniatures are limited to only 120 copies and have a length of approximately 38 centimeters; The silver-colored model is still available under item no TSM141207 for 374.95 Euro.

The McLaren P1 and the main technology data

It simulates the state of development, the super sports car had at his test at the Nürburgring in 2013  in which the car is said to have circumnavigated the north curve in  under 7 minutes. The launched  press releases, however, remained unconfirmed. The  P1, also presented at the Geneva Motor Show and Accessories 2013  carries the advanced design of the McLaren MP4 12C . The drive is also based on it's motor: The twin-turbocharged 3.8-liter V8 engine in the P1 brings 542 kW / 737 hp at 7500 / min. In addition, a 132 kW / 179 hp electric motor is installed, which generates  a total output of 674 kW / 916 hp and a torque of 900 Newton meters (Nm) together with the combustor system.  needs The P1 takes  2.8 seconds from 0 to 100 kilometers per hour, from 0 to 200 just 6.8 .

Continuation of the success story promises many new models


The sprint from 0 to 300 kilometers per hour takes the high performance sports car , set against Ferraris La Ferrari and Porsche 918,  16.5 seconds. The top speed is 350 kilometers per hour . The rear wing of the  P1 is adjustable: The driver can extend it to 120 millimeters in road operation and  300 millimeters during racing. The TSM also incidentally built in  a movable rear wing  in the model. The detailed view of this element is a first-class finish, transferred to  size 1: 12l . It is understood that the details of the interior made from carbon parts are just as perfect as in the original  TSM : A great model car, that makes you look forward to  the continuation of the success story by McLaren.