Schuberth produced a model of a helmet, whose coloring is based on a special idea of the long-distance world champion of 2015: #ThrowbackThursday in 1: 2 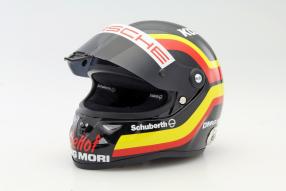 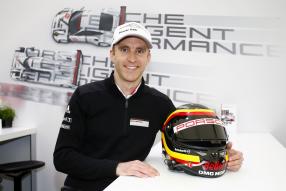 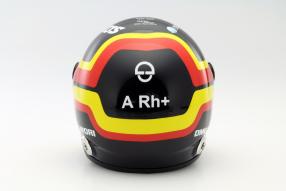 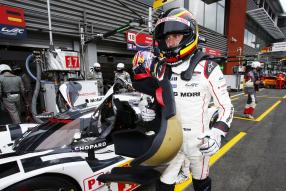 With the choice of the colors of the helmet from Stefan Bellof, the German racing driver Timo Bernhard recalled the long-distance world champion in 1984 as part of the WEC 2015. Bernhard met the family Bellofs as a fourteen-year-old at the Stefan Bellof Memorial race in Oppenrod near Giessen in 1995 From the pole position, took the second place and came up with Bellof's father. In the following time Timo Bernhard worked with some Porsche mechanics, who had already screwed for the Gießen racing legend. The fascination of Bernhard for Bellof resulted in the idea of ??imitating his helmet to that of the model. After consulting Bellof's current partner, Angelika Langner, the look Bernhard joined in the Porsche 919 hybrid at Spa-Francorchamps 2015 was created.

The highlights in Timo Bernhard's career

Bernhard sat down at the age of 10 years and remained loyal to the German Kart Championship for two years. After being allowed to take part in the Formula Ford and the Porsche Carrera Cup, the Homburger born on February 24, 1981 became a factory driver at Porsche in the American Le Mans Series. On a Porsche 911 GT3 RS of the 996 series Bernhard 2003 won the 24 hours of Daytona. Since 2006 in the Porsche RS spyder for Penske in use, he won the ALMS in the prototype class LMP2. In addition, Bernhard secured the first place in the 24 hours of the Nürburgring with Lucas Luhr, Mike Rockenfeller and Marcel Tiemann. Just like in 2007, 2008, 2009 and 2011. Since 2010, he is one of the winners of the 24 Hours of Le Mans, but on Audi in the R15.

Bernhard moved with his idol

When Porsche entered the WEC, Bernhard was again present. After a 3rd place in Spa-Francorchamps - entered with the helmet in Stefan Bellof's colors - Bernhard finished with his team colleagues Brendon Hartley and Mark Webber the season 2015 with the title driver world champion of the FIA ??long-distance world championship in his pocket. And so he practically deprived himself of his idol. Bellof's career also began in the kart, led into the Formula Sport and then into the sports car world championship. Born in Gießen in 1957, the Bellof the Porsche 956 K, a sports car prototype of Group C, set the today's valid record of the Nordschleife of the Nürburgring of 6.11.13 minutes. In 1984, Bellof and Porsche won the World Sports Car Championship.

Great idea, thanks to Timo Bernhard

His entry into the Formula 1 of the same year at Team Tyrrell brought Bellof the 3rd place in the Grand Prix of Monaco, which has not yet been forgotten, in the same year. In the 1986 Formula 1 season, Bellof should start for Ferrari, but unfortunately it did not happen: On September 1, 1985, the life of the promising and hopeful racing legend ended tragically, as a failed attempt to overtake the Eau Rouge Chicane of the Belgian Spa course -Francorchamps put an end to the life of the highly regarded racing driver with his colleagues. The detailed replica helmet on a scale of 1: 2 offers the fans Bellofs a high processing quality with an open visor and reminds like a model of a major sportsman; Due to the idea of ??a no less impressive racing driver.