It won&#039;t get any better and cheaper : Supersportwagen with excellent details and many extras in 1:18 scale in top quality at the bargain price. 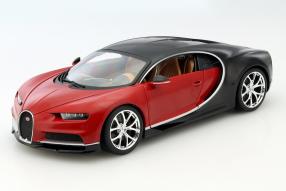 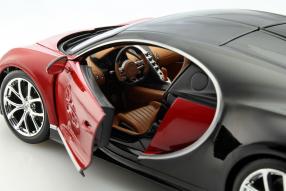 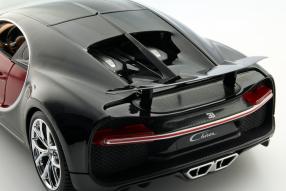 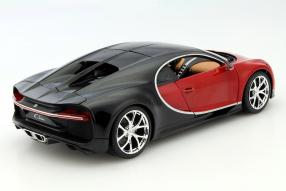 Steering front wheels, a detailed engine compartment, opening doors and opening front and bonnets as well as an outstanding quality in the workmanship with very well adapted to the surrounding functional parts - this is the new model car from Bburago to the Bugatti Chiron. The super sports car in the 1:18 scale demonstrates once again how good it is to order the development of Bburago, because the label to the own playability is no longer recognizable. The fact that the good execution with many details as well as the functional parts still only a relatively low purchase price is on the bill, is the real bang. For much Modellauto little to have to pay, this property of Bburago has made it from the past into the present.

The basic data for the model

The Bugatti Chiron of the French car maker Bugatti Automobiles belonging to the Volkswagen Group was named after the Louis Vuitton racing driver. The successor of the Veyron celebrated on 29th February 2016 at the 86th Geneva Motor Show. While Volkswagen has apparently outsourced the successor of the VW Phaeton to the Chinese Pampa due to panic attacks and because of the exhaust gas workers, the overpriced favorite toy of the group's top was not sacrificed to the Red Pen: 2.4 million euros plus VAT. Bugatti requires for each of the 500 Chiron, whose production is limited and distributed over the next 10 years. Its newly developed W16 engine delivers 1,103 kW / 1,500 hp and draws this power from around 8.0 liters displacement by means of four exhaust turbochargers.

Four-wheel drive and seven-speed DSG control box help the Chiron to accelerate from less than 2.5 seconds to 100 km / h. Under 6.5 seconds it is to 200, under 13.6 seconds will pass, until the Chiron has reached the 300 kilometers per hour. By locking the Supersportwagen creates no more than 420 tip. With a weight of 1,995 kilograms, the miracle of auto- technology is relatively easy. 100 liters tank content should not be long enough, but who really drives this car. Most Chiron are likely to endure their existence in the sheikhs 'collectibles' caravans, not more. The small edition in 1:18 will be parked only in showcases, but the collectors there will be just as much fun as the oil prince's original edition.

The evaluation of the model

Let's take a look at the model car: the design of the dashboard system and the center console as well as the seats fit perfectly. All interior trim parts are elaborately colored; The instruments and controls are carefully highlighted. Also convincing is the exterior appearance of the model car, which accurately traces the messy contours of the front as well as the somewhat rattled looking design of the rear area. There, the imitation of the light strip as well as the surfaces executed in carbon look are pleasing. The diffuser and tailpipe tailpieces are finely machined; The rear spoiler does not follow the finish. The Bburago toolmakers have used the Bugatti license to the maximum and put a first-class model car on the wheels. Best wishes and - Congratulations!