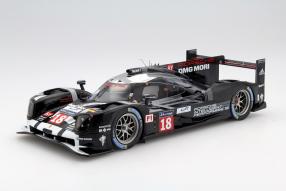 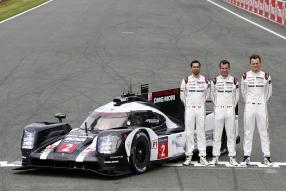 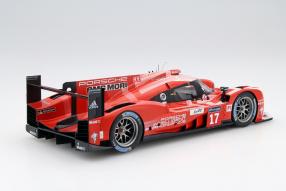 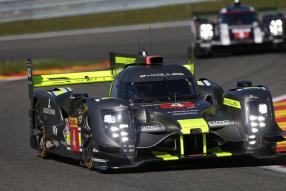 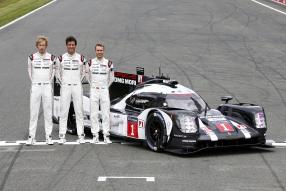 This weekend it is time again: 60 participants compete for class victory and overall victory in the 84th running of the 24 hour race of Le Mans. The FIA offers fans of the legendary endurance race in the world brand new video with interviews of the drivers from Team Audi, Toyota Racing, AF Corse Ferrari and Rebellion Racing. It seems that the 17-time winner Porsche is no longer the favorite for this year's race because of the Porsche 919 Hybrid in its overall design is already three years old. Audi has its R18 largely revised, which we have written about the day before yesterday . Can Audi, with 13th win this year, add number 14? For the first time, both of Porsche as well as Audi only have two cars at the start.

The Porsche team gathered yesterday for the team photo with the two Porsche 919 Hybrid and the six drivers - the reigning world champions Timo Bernhard from Germany, Brendon Hartley from New Zealand and Mark Webber from Australia. In the second car sitting the current standings in the FIA ??World Endurance Championship, Romain Dumas from France, Neel Jani from Switzerland and Marc Lieb from Germany. The latter driver combination made it last year, only to 5th place in the overall standings. We have as a special offer a model of the black-painted race cars with the number 18 from the Manufacturer Spark. This year the car Dumas, Jani and lovers wearing a white roof, white sides as well as the starting number. 2

Hardley, Webber and Bernhard go with similar decoration and # 1 in the race. The 2015 Guards Red painted car of this team is in the collector display a real eye-catcher and also reissued. In addition to Toyota, Audi and Porsche start in the big LMP1 Rebellion Racing from Switzerland and ByKolles from Austria. ByKolles first appeared in 2009 with two used Audi R10 TDI and finished easily on the 7th and 9th place. This year, the CLM celebrates P1 / 01 his Le Mans debut, with the ByKolles also participates in the FIA ??WEC. At the 6-hour race at Silverstone and the 6 Hours of Spa-Francorchamps, the car made it to the podium respectively. Now we see the CLM P1 / 01 at Le Mans - a great template for a new model car.

Bart Hayden, Team Manager of Rebellion Racing, advantages for his team hoped in that Porsche and Audi with one car compete less and rebellion thus can get a better placement (Quote). Last year it did not look so shiny from the 18th and 23rd in the final classification. The television station Euro Sport broadcasts live training sessions, including qualifying and warm-up and the race with preliminary reports from 14:15. The actor Brad Pitt waves the starting flag as honorary starter. Audi reported extensively on its channels on Facebook (Audi Sport) and Twitter (@audisport). The fans of the brand can also see on www.audi-motorsport.com onboard perspectives with telemetry data and other information.

We have put together in 2015 more overviews for you in addition to the already mentioned yesterday car models to Le Mans. You can find the links below miniatures for role models who have gone from 1925 to 2014 at the start. With this course, the Ford GT40 of the 1960s, many of the smaller Porsche race car classes and cars of Chevrolet, Pescarolo, DB Panhard, Simca, Lola, Talbot, Panoz, Lola and Oreca. But Audi, thanks to 10 years TDI well represented in Le Mans. Enjoy browsing!