For the occasion of the weather in Germany will be giving you a special blog and offer you backgrounds for animated series in short form. 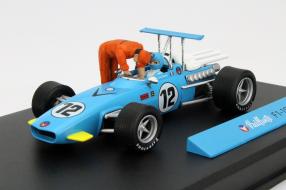 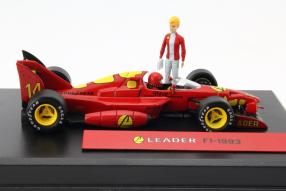 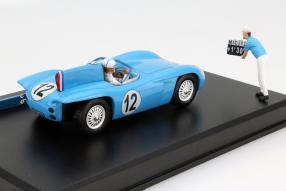 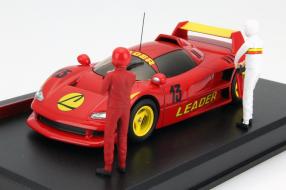 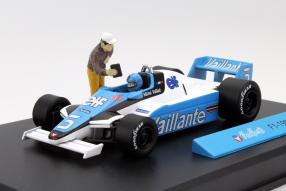 Saturday in Germany: In the East, the morning snow, thaw and rain at noon and in the west of the Republic, mostly rain throughout the day. Reason enough for a Saturday Special on the blog so you have something to read. Succeeded it is for us to draw a special item of many model cars to the comic series Michel Vaillant ashore, which makes it possible to offer previously but much more expensive models at a cheaper price. For those of you, however, that under the animated series can not imagine a lot, we give a short review: The figure of the racing driver Michel Vaillant celebrated in 1957 her debut and comes from the pen of cartoonist Jean Graton Belgian-French.

Michel Vaillant is fighting against evil

Michel Vaillant is a racing driver in the family racing team in Formula 1, which is incorporated by the creators of the series in the comics. He starts for the Vaillant works that are told in the books as one of the leading car manufacturers in France. The stories in the late 1960s have been illustrated yet simplifies the debut monochrome optically modernized. Although the author and inventor Jean Graton was friends with many racers and creators of motorsport, the comics act mainly on relief efforts off the slopes, of the hunt for criminals and the relationships of the characters behind the scenes. The racing driver Michel Vaillant shares while the fate of many superheroes of the comics and actually remains the same young.

Vaillant active in all racing classes

But Vaillant occurs not only in Formula 1, but also to long-distance races like the 24 Hours of Le Mans or the 12 Hours of Sebring. Motorcycle races, rallies and motorboat races denies the superhero as well. With his wife Françoise Latour Vaillant has 2 sons, Patrick and Jean-Michel. To Vaillants friends include Steve Warson - an American racing driver - and his compatriot Julie Wood, a motorcycle racer. Until the end of 2012 71 albums of the series have been published; responsible since the creative team, which consists of Marc Bourgne and Benjamin Beneteau for drawings and Philippe Graton and Denis Lapière for the scenario. The Comics from 2012 are designated as Series 2: 4 volumes have been published by the end of 2015th

Since 1986, there was an animated series; conquered in 2003 Michael Vaillant the canvas of the great cinema: present were Sagamore Stévenin, Peter Youngblood Hills and Diane Kruger. One of the comic episodes, we have linked up for you so that you can you a quick insight into the series. The modelers Altaya has secured licenses for the production of the model car: The start screen of this product shows the formula 1, has competed in the Vaillant in 1970 and how he had seen in the animated series. The red race car is one of Vaillant's main competitors, the Leader team, already from the year 1990. The fact that the two teams were fighting at Le Mans, which show the matching model cars. We find: Uses the reasonable prices and provides you at home a piece of film and comic story on the shelf. But first: Does it make you comfortable at home!