The auto show at the end of the year is done after 10 days. Many fans stoped by the stand of CK-Model Cars: 2 Formula 1 racer in high demand. 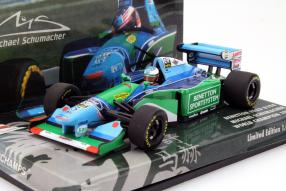 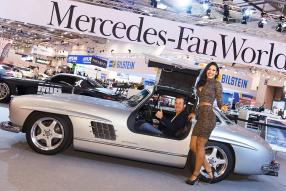 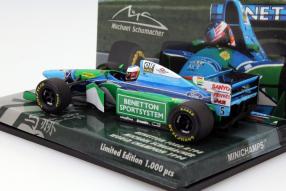 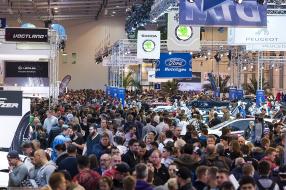 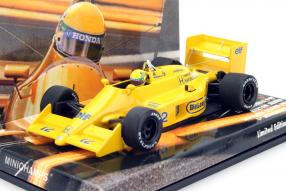 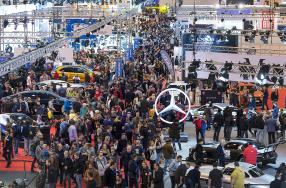 he impressive number of 359,900 guests visited the Essen Motor Show 2015 illustrate how the line of tradition of so rich motorsport event at the beginning of the new week published. Also present: Auto tester and race driver Lance David Arnold, here at the Mercedes-Benz 300 SL. The focus of the auto show were also cars from Formula 1, because a demensprechende special show for his 65th birthday the premier class in motorsport was an integral part of the Essen Motor Show.

As is obvious that a lot of fans for rare and limited edition model cars to Formula 1 interested, who were to have, for example, on our stand and know the turn to retell one way or another exciting story. So such as the Mild Seven Benetton Ford B194 of Schumacher Michael and the Camel Honda Team Lotus of Ayrton Senna.

Michael Schumacher - Essen in the model


The Benetton B194 Ford of season 1994 from Michael Schumacher was one of the exhibits at Messe Essen this year. The Mild Seven Benetton Ford certain after the successful tests and the events of the first race; However, accompanied by rumors about the rules not corresponding electronic aids. In the control software of its electronics, the FIA was actually files an illegal automatic choke, but provide evidence that this has also been used, the motor sports authority could not at that time. There were remnants of allowed or the previous start-up aid, so the Benetton team; unused, accidentally undeleted program code. But after the fire on the B194 from Jos Verstappen were allegedly unauthorized adjustments to the tank system, which brought Benetton into disrepute.

Discussions to high wear on the wooden plank on the floor of the car at the Grand Prix of Belgium and disregard for the black flag at the Grand Prix of Great Britain made for disqualification and start prohibitions. At the end of Schumacher and Benetton won nevertheless its first world title. And this car is Minichamps in the usual way a great monument; a zinc diecast model car 1:43 scale, which was limited to 1,000 pieces and so was one of the most coveted miniatures at the fair food, because the model had just seen there as well. Prints and coloring perfectly; Chassis parts, spoiler and engine cowling sum to an in appearance with the model matching model that can get you under item no 413940005th


A car of Ayrton Senna has done it in the special show on 65th anniversary of Formula 1: The Lotus-Renault T98 of 1986. His successor - the Lotus 99T with the 1.5 liter V6 from Honda - is the prototype for the second model cars, we want to introduce to you, the official car of Senna in the penultimate race of the 1987 season, the Japanese Grand Prix. It is kept in a scale of 1:43 and also limited to 1,000 pieces. The engine stopped the designation RA166E and was mounted longitudinally. The distinctive feature: The 99T was the first Lotus with active suspension. Senna took under the # 12 participates in the race and secured with this car 57 championship points and thus the 3rd place in the driver standings. Together with his teammates Saturo Nakajima he drove the 99T with 64 championship points to 3rd place in the constructors' standings.

All the work of Minichamps

Included in these points nominations are 2 victories for Ayrton Senna: The the Grand Prix of Monaco and the Grand Prix of the United States, which has been at that time still held in Detroit. The mold engineers from Minichamps did a great job when playing this vehicle. The thumbnail with the elongated bonnet like with many details, so like with the two struts with which the rear spoiler on the engine cover is fixed.

Otherwise, the design is almost quietly and calmly, because the excesses of air guided plates of today's spoiler was not yet known at that time. This model car is also made of Diecast and is conducted under the article number 413870112th It costs like the Benetton B194 Michael Schumacher 74.95 euros; we have brought only a few examples of food to take home.