The small series label is now using a role model from 1994 with the modelcars in scale 1:43 that have already been scaled down several times 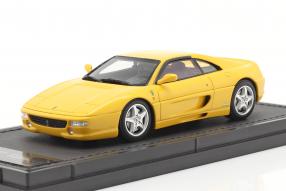 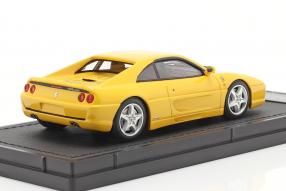 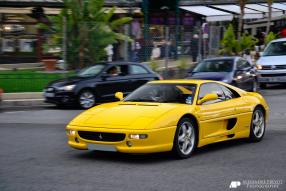 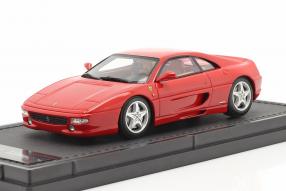 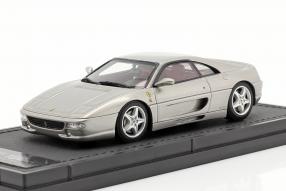 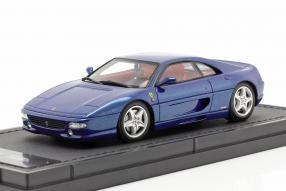 After the article about the Ferrari Portofino M from the model year 2020, which is basically a facelift of its original version, the editorial staff of this blog moves the F355 from 1994 into the spotlight, the successor of the Ferrari 348; this time from manufacturer Top Marques instead of LookSmart as the Portofino M, but also in scale 1:43 and from the high quality polyurethan cast resin. Each limited to 500 units and available in four colors: The F355 Berlinetta from 1994 appears in corsa red under item number TM43-012A, in giallo under the TM43-012B. With the TM43-012D, the novelty is delivered in blu pozzi blue; in grey matallic under TM43-012E. The role model was presented to the public at the Geneva Motor Show in 1994 for the first time. Not reduced for the fist time, but maybe best here.

The miniatures from TopMarques replicate the original version, the 355 Berlinetta from the model year 1994 that delivers 280 kW / 381 hp of its 3.5 liter V8 via six-speed transmission to the rear wheels. The maximum torque according to Ferrari is 364 Newton meters (Nm), the acceleration from zero to 100 kilometers per hour in 4.7 seconds. The mid-engine sports car achieves 295 kilometers per hour at the top. At the time, the engineers gave the F355 modern features that the customers of the 348 were not yet familiar with: for example, five-valve technology and an electronically adjustable chassis found their way into this series, which, despite its visual proximity to its predecessor, was a new car. A total of 11,273 vehicles were built of the F355 designed for road traffic; the motorsport variants are not included in this number.

The F355 cost about 220,000 DM (old German currency) in 1995; today, used Berlinetta's - so coupes with a fixed roof - are offered for about 64,900 euros. Such a car is then from a second hand, has a full service history, is designed for the EU and has 89,900 kilometers on the clock. As of today, mobile.de is offering a total of 124 F355s in different body styles. The miniatures from TopMarques offer the collector the option of reproducing the lines and appearance of the F355 down to the smallest angle. As mentioned at the beginning, there have already been many miniatures from various manufacturers for this model, for example from Minichamps, Altaya, the Detail Cars Collection by Revell, Corgi, Bburago or Ixo and Hot Wheels. Top Marques took the advantage of the late birth and brought what is perhaps the best version on the market with these modelcars.

Here: Click to the miniatures of the Ferrari F355