Since the start of the implementation of the city race, many race drivers have fought about the victory on the Mediterranean: Highlights among the miniatures 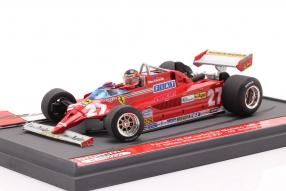 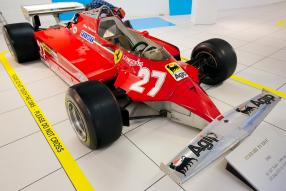 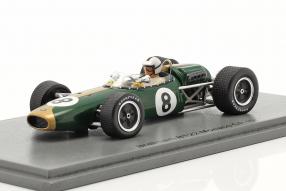 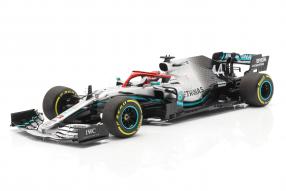 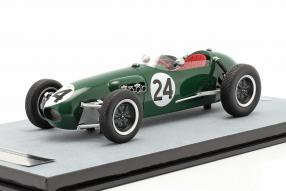 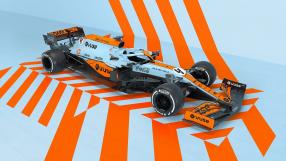 The Grand Prix of Monaco has been held since 1929. The race on the Circuit de Monaco street circuit was carried out at the instigation of the then General Commissioner of the Monaco Automobile Club, Anthony Noghès. It is part of the Formula 1 world championship since 1950. So more than 70 years of racing at the favorite place of the residence of the rich and beautiful, this is an almost inexhaustible source for the production of new modelcars. Spark and Minichamps are inexorably preoccupied with it to release the current miniatures of race cars like those from Lewis Hamilton or Max Verstappen of each year. Brumm, however, serve the segment of the models from years ago; recently even with a special model. On the occasion of the race next weekend, we are looking at the highlights in the program.

Let's start our little journey back in time with the history of the Monaco Grand Prix with Scuderia Ferrari SpA SEFAC, for which Brumm recently released a downsized Ferrari 126CK with the starting number 27 as Gilles Villeneuve's car. The diecast modelcars are limited to just under 250 units and celebrate the 40th anniversary of the victory of the Canadian in Monte Carlo. Back then, on May 31st, 1981, Villeneuve won the city race after 1:54:23.380 hours ahead of Alan Jones and Jacques Laffite; 76 laps and covered 251.712 km. The modelcars with the item number S21/01 commemorate the unexpected, fifth victory in Gilles Villeneuve's career: the predictions about the susceptibility of the turbo engine did not give a clue. Nevertheless: The first victory of the Ferrari Turbo at a Grand Prix succeeded! And Brumm is building a wonderful miniature for it.

The diorama in format 1:43 reproduces Gilles with perfectly turned wheels between the curves of the monegasque route and the port in the backround; in commemorative packaging with magnetic clasp. Another hero of Monaco is Lewis Hamilton, who won the legendary race three times (2008, 2016, 2019). He dedicated his last race on the Mediterranean to his role model Niki Lauda in the form of a red halo system: The modelcars from Minichamps in scale 1:18 that were published exclusively by ck-modelcars.de were described in detail by the editors of this blog in the article available via this link . They are also available in format 1:43. But the Monaco Grand Prix models were not just dedicated to winners. Spark, for example, brings out the Brabham BT11 in 1:43, with which Denis Hulme started in Monaco in 1966.

The same Denis Hulme, by the way, who was to share the cockpit of the Ford GT40 Mk. 2 with starting number 2 with Ken Miles in the same year and was jointly responsible for the legendary triple success of this then new racing car at the 24 Hours of Le Mans. The Brabham with starting number 8 is available under item number S7091. Tecnomodels goes even further back and presents the Lotus 12 with starting number 24; driven by Cliff Allison on position 6 at the Grand Prix of Monaco 1958. The small pieces of art, made from resine, are just limited to 60 pices. Get them, because these high quality resin models are no longer available; an important piece of information. On the other hand, we don't have the information about who will win in Monaco next weekend. But we definitely know one thing: there will be miniatures again! And probably a very popular one from McLaren in Gulf colors!