A good month after the digital product review, the team from Aachen around Paul G. Lang present their view of the range of their modelcars for 2021 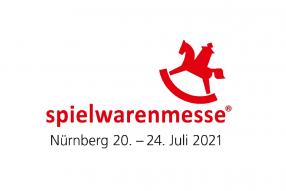 The toy fair 2021 started in year II of the corona crisi with a novelty: It took place from January 25th as digital product review; the actual toy fair should take place from July 20th to 24th, to establish trade relationships and deepen existing contacts. Minichamps sent out a newsletter to subscribers today, outside of any trade fair activity, containing a link to 33 pages with 385 new products for 2021. Ck-modelcars.de does not want to withhold this link from you, as it does give you a glimpse of the availability of many old friends such as the BMW 2002 Turbo 1973 in scale 1:18 in white (155026200) or other familiar miniatures from the Maxichamps series, but also on the diecast models of the BMW M3 2020 (155020202) in the same size in black and different colors or the sister model M4 from 2020.

There will be many BMW M1 again and many BMW M3 in Maxichamps-standard. In general, the novelties of this sub brand take up a lot of space, also in the section of Ford Escort 1975, Ford Puma 1996 or the Focus 1998 as well as Honda Civic 1990. The Lamborghini Diablo 1994 and the Gallardo 2004 also come as Maxichamps models. And Mercedes-Benz 190 E 2,3-16 from 1984. Of course, current representatives of the BMW M8 GTE from motorsport should not be missing at Minichamps. Also there: Formula E with season 7 cars from Mercedes-Benz. Opel fans will be happy about the Calibra 1989 from Maxichamps and the Opel GT 1970 in 1:18 from Minichamps. Many historic Opels from the 1970s are made of high-quality ABS in format 1:87, also under the name Minichamps.

The team from Aachen takes a trip to the 1960s with novelties to the Peugeot 404 as convertible and coupe. Porsche founds itself among the novelites with the current 718 Boxter GTS and Cayman GTS 2020 in 1:43 by Minichamps. The Porsche 911 Turbo S of the model series 992 will appear in new colors; this applies also to the 911 GT2 RS of the generation 991 II. The brand new nine-eleven enriches in future also the model railways with the scale 1:87. Nearly all versions of the 992, so Targa, coupe and 4S will appear in all szies. Volkswagen is taken into account with the Beetle and the VW Passat Variant 1975 in 1:43; Volvo with the 480 Turbo 1987 in 1:87 and 740 Break 1986 in 1:43. And innovations are also being announced for the great history of Formula 1 - a click on the link embedded here will take you to the corresponding list.