Spectacular car chases are always a distinguishing feature of the films about the agent 007. This can be seen in the showcases at home. 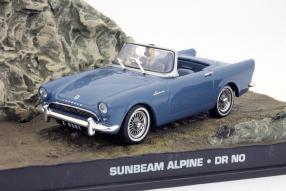 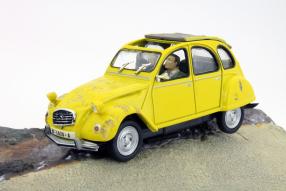 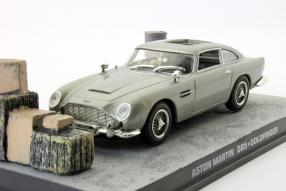 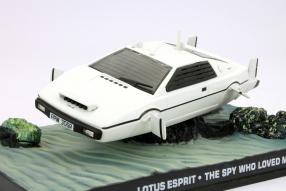 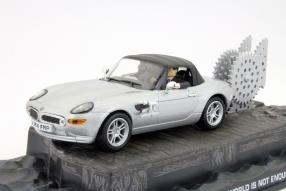 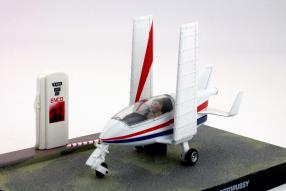 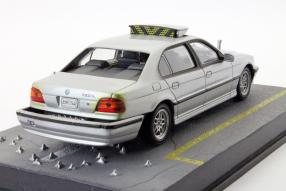 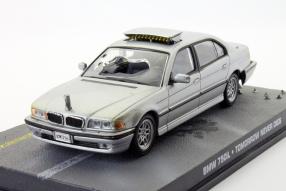 Not only filmmakers, but also fans of fast cars and fast-paced chases will have the 05 November 2015 markt in the calendar. The latest James Bond movie starts: "Spectre" celebrates in Germany and Switzerland its theatrical release; in Austria one day later. The strip with Daniel Craig in the role of secret agent is the 24th film in the series and linked content to the predecessor "Quantum of Solace" (2008) and "Skyfall" in (2012). Director of "Spectre" is Sam Mendes, the screenplay was written by John Logan, Neal Purvis and Robert Wade. Not only the secret agent 007, but also the cars from the films attract attention in the media. And almost any vehicle that Bond has pursued - as well as the cars, which chased him - are available as model car.

Barbara Broccoli  continues the decades of work from her father Albert R. Broccoli with her Eon Productions and presented with "Spectre" the continuation of the series of films, starting with "James Bond Dr. No" in 1962 began. With the "Sunbeam Alpine Series 5" launched its 007 manhunt: The placement in the movie led to a worldwide audience became aware of type and brand. By 1968, about 70,000 of the successful in motorsport Roadster were produced.

Ixo has  a suitable 1:43 scale model car in the program under item number DY017. With this, however, was also a small car called the Ford Anglia, to which today hardly anyone remembers - except lovers of Bond movies. In the movie "From Russia with Love" (1963), however, he already drove a Bentley Mark IV Bond, so more with sports and luxury.

Debut for the Aston Martin in "Goldfinger"

The first Aston Martin premeired in the 1964 feature film "Goldfinger" ; Gert Frobe as Auric Goldfinger - a unforgettable opponents from Sean Connery to the furious finale in Fort Knox. In the exciting action film James Bond drove an Aston Martin DB5 first time, who was for a long time as a typical Bond Mobile. Also on board but were also a Mercedes-Benz S 220, a Ford Falcon Ranchero, a Lincoln Continental and the two picturesque Ford Mustang Convertible and Ford Thunderbird - masterfully implemented by Ixo in the scale of 1:43. At this point it should be mentioned that Ixo has virtually reduced all movie cars from the James Bond series, but it is not just this Reserve

left to implement the serial versions of the models in an appropriate packaging, but also the electronic gadgets and the film car copies correctly.

And all at prices starting at EUR 9.95 enable you right now to build a library on the subject of James Bond - so cheap as never before! If you enter in the search box in the top left "James Bond", come to multipage overview of all available Model cars whose models Q as well as the DB5 has equipped with many extras: machine guns behind the front indicators, rotating blades of the wheel nuts, an extendable, bulletproof rear wall, a cellular phone, a radar installation, an ejector seat, oil sprayer behind the rear light units, a star nails cannon, a device for producing a wall of smoke from the tailpipes of the exhaust system and change indicator: "BMT 216A" (UK), "4711-EA-62" (F ) and "LU 6789" (CH). Rammaufsätze front and rear and a handy gun cabinet under the passenger seat lacked neither.

The additional water cannon, there were only 1965 in the film "Fireball". Emilio Largo (Adolfo Celi) stole 2 nuclear missiles on behalf of his organization Phantom to the world by 100 million pounds to blackmail flawless diamond in the form of Toyota with the 2000 GT in "you Only Live Twice" successfully demonstrated that it was possible to build more than bread-and-butter cars. George Lazenby controls contrast, 1969 "Her Majesty's Secret" a Ford Cougar Convertible (Cabriolet) and an early Aston Martin DBS. Ford . 1971 was the preferred brand bonds in "diamonds Are Forever" "live and Let Die" was in 1973 in the hands of Roger Moore as 007, which took advantage of a double-decker bus for a change and a floor "deeply laid."; not available as a model in 1974 drove Roger Moore in "The Man with the Golden Gun" an AMC Hornet.

Lotus under water - also in the showcase

In "The Spy Who Loved Me" - published in 1977 - celebrated the Lotus Esprit his debut with James Bond. On the road the way as under water; both working conditions has fantastic converted into model Ixo. A very nice example of how film specifically the car models have been produced, the BMW 7 Series is from "Tomorrow Never Dies" (1997), who reveals in the model, with which it is equipped engineering tricks. A Citroen 2CV in bright yellow proved "For Your Eyes Only" in 1981 impressively that the duck for mountain chases the appropriate car is: The model of Ixo bears the typical injuries of the chase through the mountains. The mysterious "Octopussy" was an equal opponent for Roger Moore, in 1983 an Alfa Romeo GTV helped himself. In the film itself also the little single-seater aircraft Acrostar that did not forget Ixo relates. "In the face of death" rises James Bond 1985 - now played by Timothy Dalton - a Renault to whom he deprived of its roof and even two shared.

Pierce Brosnan saves the world - but not the z8

1987 in "The Living Daylights" continued Dalton Aston Martin Volante V8. Pierce Brosnan takes over in 1995 the role of 007 and moves not only Aston Martin DB5 and a tank through St. Petersburg, but also provides the then brand new BMW Z3 a big stage for its world premiere. BMW sets the placement in the James Bond series in 1997 with a sevens the E38 series continues, we have already mentioned above. In "The World is Not Enough" Bond / Brosnan in 1999 fighting against the beautiful Elektra King (Sophie Marceau) fans are still suffering from the dichotomy of the new BMW Z8 by a attached to a helicopter sawmill What Ixo -.. Unfortunately - also has readjusted.