The traditional brand from France gives the fans the opportunity to download the novelties that can be expected in the next months. Here: The highlights from the perspective of the editorial team 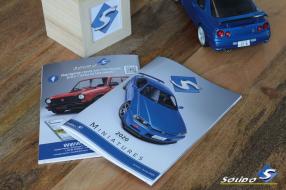 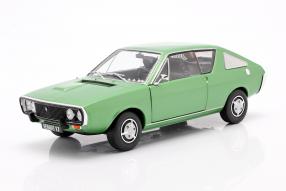 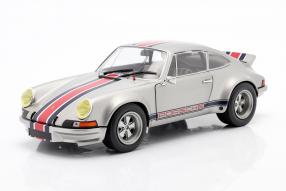 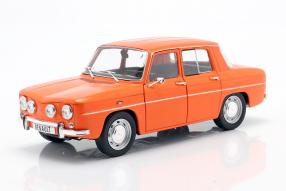 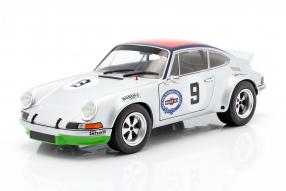 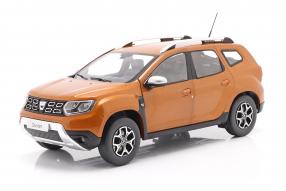 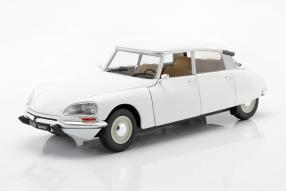 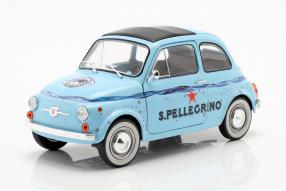 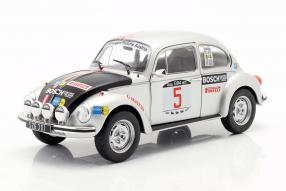 The supporter of diecast-miniatures from Solido can be happy: A new catalog is ready to be downloaded. But before the editorial team of ck-modelcars.de comes to the highlights, first a quote from the message to the fans: "Despite some ups and downs during the almost ninety-year history, Solido is now on the road to success again. Nowadays, Solido-models are still very popular at the collectors all over the world. Since 2015, we have been working on making the 1:18 collection even more diverse, much to the delight of our collectors. From automobile classics up to vehicles for the daily use, youngtimer and sports cars - our collection has increased by a numerous number of car models." After the first check of the catalog, it becomes clear: The company from Josselin hits full throttle!

Solido, in Germany in the distribution of the Dickie Spielzeug GmbH & Co. KG from Führt, presents its first super sports car in the new catalog in form of the McLaren F1 and uses the opportunity to present the new range of race sport models. This collection includes many replicas of cars from different motorsport-disciplines, among them rally, DTM, LeMans and even drift! To distinguish these models from their civilian counterparts, according to Solido, they are delivered in special packaging. But enough of the preface: What are the highlights from the editor's point of view? The catalog is divided into different countries: page 4 France, page 21 United Kingdom, page 23 Germany, page 30 Italy, page 34 Japan, page 37 USA and from page 40 Competition, i.e. motorsport. We start with the modelcars based on German models.

The Porsche Turbo 3.6 from the model series 964 formed the backbone of the Porsche program in 1990: 18-inch-wheels, bright red calipers, a big rear wing. The vehicle from Stuttgart literally stuck to the street, was and is a car that stood out. In the popular painting indian red, this nine-eleven enriches the offer from Solido in scale 1:18 and under item number S1803402. In the same size appears the Porsche 964 Carrera 3.8 RSR, the street version of the originally developed super sports car for the race track. He was just produced in 55 units. The RSR 3.8 celebrated many big triumphs in motorsports, so for example the class victory in the GT-Class at the 24 Hours of Le Mans or the legendary 24 Hour Race at the Nürburgring. The Porsche, available under S1803401, extends the portfolio of Solido.

The catalog, of course, includes the already known modelcars from the French, as for example the dakar-yellow and estoril-blue BMW M3 from the model series E36 1990 in 1:18, which are available under S1803902 and S1803901 as well as the models of the VW Golf I from 1983 in viper green - a classic one under the colors of that time - and black (S1800203, S1800209). We also recognize the VW Caddy of the first generation in white standard equipment and as a custom in orange (S1803501, S1803502). France - the homeland of Solido! Here we classify the Renault 17, which is already available, as a top model, which inspires us in terms of the choice of the prototype and the finish (S1803701). Fasa-Renault developed and marketed a Renault 8 TS for the Spanish market. From a mechanical point of view, it looks more like the R8S than the Gordini. The latter was not available in Spain.

The TS sold successfully in the southern European country long after it was no longer available in France. The new modelcars of the orange Renault 8 Gordini TS 1967 in the format 1:18 appear under the number S1803603. One of the innovations in the same size is the white Citroën D spécial 1972 with item number S1800705. Bugatti fans will like the new Type 57 Atlantic Ti35 blue, which is making its debut in a limited edition of 1,000 copies (S1802104). The Citroën HY is the French counterpart to the German Volkswagen T1 Bulli and has been used by many companies across Europe as a rolling advertising medium or service vehicle. The Citroën Type HY Vespa from 1969 (S1854811) served in Germany for the brand of the famous scooters from Italy. Keyword for the next country: Italy.

Limited to 1,000 pieces, the new Alfa GTV6 1984 in silver (S1802304) and the Autobianchi A112 Mk. V Abarth 1980 in red (S1803802). In the typical Bleu France racing livery, these modelcars in the showcases can look forward to the company of the cars from the Autobianchi Abarth Cup: André Chardonnet was not only a famous importer of foreign vehicles in France, but also the owner of the Chardonnet rally team. It was his team that founded the “Autobianchi Abarth Cup” in the late 1970s. The drivers competed against each other at the wheel of the A112 Abarth. The modelcars for this expand the program under S1803801. The Nissan R34 is already the tenth generation of the Skyline. The version planned by Solido under the number S1804301 is undoubtedly the most famous in the world.

Because of its ponounced presence in the cinema and in video games, it is also a symbol of a generation of young automobile enthusiasts who even got to see the role model for this model with its blue color in the movie "Fast & Furious 4": "Fast & Furious - new model. Original parts." But now we don't want to keep our readers on their toes any longer: Via the link, embedded below, you get to the download of the new brochure by Solido, the print version of which will be available from the end of September 2020.

Have fun with browsing and making reservations. And with visiting the modelcars that are already available and shown on the right.

Here: The modelcars from Solido