What started in Formula 1 and Formula E now also continues in the sport of touring cars: The effects on the collection of modelcars 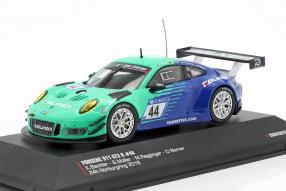 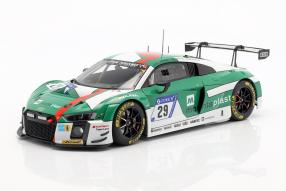 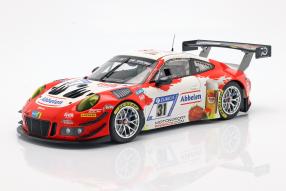 From the perspective of the editors of our blog, a mention or even an article about the corona virus would be out of place here, but of course the pandemic affects us on several levels - if not immediately, then in a year. Among the friends of modelcars it is known that miniatures of role models from motorsport come on the market around three quarters to a full year after the race in which they started. That's the way it is in the Formula 1, but that's also the case with touring car races. And one of the most important if its kind, the 24-hours-race at the Nürburgring, was postponed yesterday: the 48th edition of the long-distance classic, originally planned for the Ascension Weekend in May, will be postponed to September 24th-27th, according to current planning.

The corona ciris also affected the VLN endurance championship at the Nürburgring 2020, because the first two races of it were cancelled. The fact that the organizers of the racing series stick together in difficult times is demonstrated by the willingness of the VLN to free the weekend now called for the 24 hours and to switch to an additional race on November 7th. However, the qualifying race for the 24 hours scheduled for the last weekend in April will not take place this year. Tickets for the highlight that have already been purchased will remain valid for the new date in September. For both the 24-hour race and the qualifying race, tickets can also be returned without cancellation fees, for example, reports the magazine Motorsport Total.

The decision to move the 24-hours-race is unique in the almost 50-year history of the event. Even if there are to clarify a lot of detailed questions, the orginaziers now plan to catch up the traditional race in September. "It was not easy to make this decision and finally saw the variant that had now been adopted as the best compromise", says Peter Meyer, the chairman of the organization ADAC North Rhine: "At the moment we are optimistic that we can run the race, but of course there are many factors that will have an impact on it". This means for us that modelcars for the 24-hours-race 2020 in spring 2021 are rather unlikely. It is comforting after all that some of the heroes of the Nordschleife from the previous years are still in stock! Have fun and stay healthy!

Here: Click to the modelcars of the 24h Nürburgring