The label with its high quality made modelcars presents interesting and exciting novelties in Nuremberg: An overview 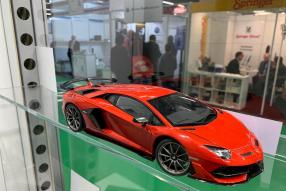 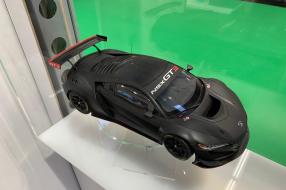 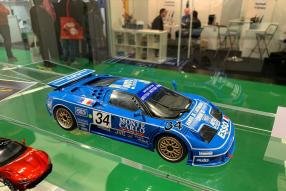 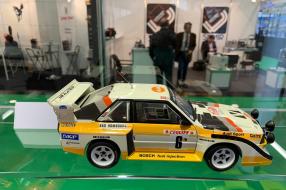 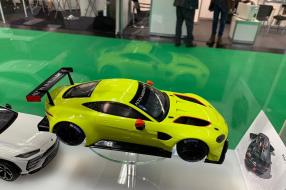 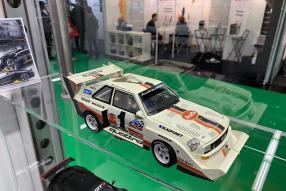 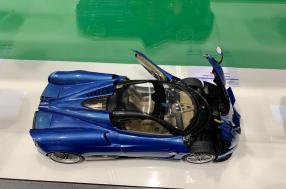 Autoart - own spelling AUTOart - inspires the fans for many years with classy miniatures, whose detailing is often driven to extremes. Yes, partially they are slightly higher in price compared to other modelcars in the for Autoart preferred scale of 1:18. The manner of how engine and interior are replicated, deserves to take off your hat. And the fans do so in way that they remain loyal to the brand for many years and that the modelcars, if they are separated from them, stand out with their price stability and an increase in value. Autoart brings again many novelties to the toy fair 2020 in the format 1:12 and 1:18, which we want to present you today. A note on the corresponding inquiries: At the pictures its about shots of fair samples. The models are not available in stores yet.

Let's take a look at the innovations in scale 1:12, in which Autoart announces the Pagani Huayra BV 2016 in the colors bianco benny, grigio mercurio and rosso dubai with doors that can be opened as part of the composite series. With all-round opening doors five new Aston Martin appear: three times it's a DB G.T. 2017 continuation in the colors british racing green, silver and blue; two other Aston Martin models of the DB5 1964 in silver and also the classic british racing green. The Chevrolet Camaro ZL1 2017 is a model in bright yellow; four Chevrolet ZR1 2019 are each available in collectors in gloss black, ceramic matrix gray, Corvette yellow racing tintcoat and Sebring orange. Like these, the four Dodge Challenger Demon SRT 2018 have full openings, so like all models here are made of diecast.

The Demon SRT 2018 is available in the colors knuckle white, B5 blue pearl coat, destroyer gray and tor red / satin black. Autoart is launching a version of the Ford Shelby GT-350R 2017 in fury orange and lead foot grey with black stripes. The modelcars for the Ford F-150 Raptor Supercrew 2017 are not produced with full openings, but only with doors and bonnet that can be opened (oxford white, agate black, ruby red, velocity blue). The Hennessey Venom GT Spyder appears in the World Fastest Edition with full openings. Autoart's favorite topic is McLaren's sports cars. From the McLaren 600LT 2019, miniatures with the finishes silicia white, silician yellow, fistral blue and myan orange are on the market. With the S 650 from model year 2019, the Mercedes Maybach S-Class of the X 222 series is an absolute highlight among the novelties.

Of the Koenigsegg Jesko 2020 models appear in white and red; also with full openings. Lamborghini fans will be spoiled by Autoart this year. Honestly! The Lamborghini Urus 2018 nero noctis / gloss black and the Miura Jota SVR 1968 in white, red and blue appear in 1:18 and of diecast. As a specialist for diecast modelcars based on the Lamborghinis from the hands of tuner LB-Works Liberty Walk, Autoart brings the Aventador Limited Edition (matt metallic silver, hyper red with gold-colored accents, hyper blue), each with two opening doors. The functional parts of the new Lamborghini Sián FKP37 2020 in verde gea / matt green or blu aegir / pearl blue have yet to be announced. Autoart is not as strong in motorsport as its colleagues from Minichamps or Spark, but the Ford GT is still dedicated there.

There is also some motorsports: Ford GT

The Ford GT LM 2019 of the driver trio Mucke, Pla and Johnson of No. 66, Priaulx, Tincknell and Bomarito of No. 67, Hand, Müller, Bourdais of No. 68 or with Briscoer, Westbrook and Dixon No. 69 appear with full openings. Back to the beginning again: Autoart is pushing modelcars again of the McLaren 720S GT3 2019 in gloss white, gloss black and orange with the No. 3: No openings, so no functional parts. In contrast to the Aston Martin DB4 LM 1959 No. 21 and the Audi Quattro S1 Pikes Peak Winner 1987 Röhrl No. 1, which should have doors and hoods that can be opened all around, as we were told at the toy fair. We look forward to the modelcars announced by Gateway Europe because they promise a real addition to the collections of sports car lovers.