He is no longer produced, the 918 Spyder, but Spark makes a great monument of this technology disaster. To do this: a video with unique images from the production. 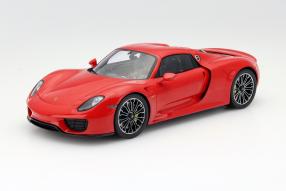 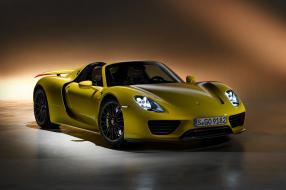 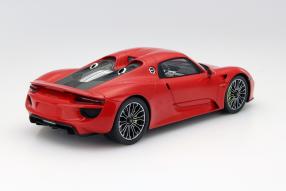 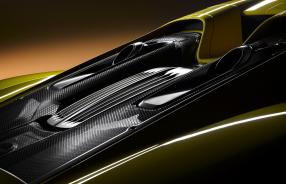 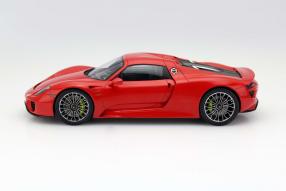 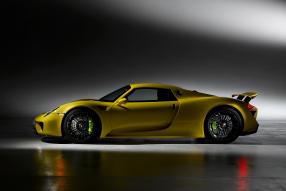 On 19 June 2015, there  came, After 21 months of production, the latest Porsche 918 Spyder rolled out of the factory in Stuttgart-Zuffenhausen. The last vehicle that rolled off exactly after the date fixed for the series schedule, the era of high-performance sports car, however, is far from over. The legacy of technology support should extend far beyond its mere production time because future generations of sports cars will directly benefit from the innovations of the 918 Spyder. At least, the announcement made by Porsche.

The carmaker released a great video that gives a unique insight into the production of the sports car and we want to share with you not to start to the week. Recordings that can not be seen otherwise, bear witness to the fine work that is delivered to the Zuffenhausenern. A fine work whose spirit is lived by Spark and presents itself in a painted in Guards Red Model car made of high quality Resin-plastic.

Each peak Porsche was a technological milestone

The 918 Spyder was developed as a performance hybrid with plug-in technology. The concept study of hybrid supercar had their debut at the Geneva Motor Show 2010; in the summer it was the Supervisory Board of Dr. Ing. hc F. Porsche AG the green light for series development. The end of 2013 was followed by the launch of the 918, who sees himself in the tradition of 904 Carrera GTS, the 959, the 911 GT1 and the Carrera GT: You were all technology support and pioneering in their time.

So Porsche created in 1963 with the steel / plastic body of the 904 Carrera GTS, a pattern for the connection of stability and lightweight. With the 959 began in 1986, the triumph of the controlled all-wheel drive in the sports car world, while 10 years later, the 911 GT1 of carbon fiber technology paved the way into production vehicles.

2003 debuted the Carrera GT was the first production car, passed in the monocoque and subframe made entirely of carbon fiber reinforced plastic (CFRP). The technological key of the 918 is the drive concept of a high-performance internal combustion engine in combination with 2 electric machines. Their operational strategy takes into account the different requirements between effizienzorientiertem driving profile on the one hand and maximum performance on the other hand, thus providing important expertise for future series developments.

The developed algorithms to control the 3 engines and other systems referred to Porsche than the leading hybrid expertise that should be reflected in future hybrid drive systems. In addition, Porsche was able to increase by an enormous recuperation efficiency and range.

Many technical highlights in 918

The Porsche 918 Spyder can convert through the intelligent control of the generator function and conventional brake much more kinetic energy into electrical energy than other hybrid vehicles. The recovery system is used in similar form in the LMP1 prototype hybrid 919 for use with which Porsche at the 24-hour race of Le Mans celebrated an impressive double victory.

System performance totals 887 hp. This reached the 918 Spyder in September 2013 6:57 minute lap record at the Nürburgring Nordschleife for road-going vehicles with standard tires. This is also the model of car Spark, the Porsche of the team led by company founder Hugo Ripert converts the lines, curves and details 918 Spyder to the usual high fashion in the 1:18 scale.

As the comparison between the image of the model and the engine cover of the model shows, Spark has sought to excellent replica of even the smallest details. Each fugue, each line sits. The appearance of the miniature thus corresponds exactly to that of the designs - here shown in yellow Racing - prototype.

Our conclusion: A model of this technology carrier must in any collection are missing, because the vehicle is forward with its technology. We therefore wish you a lot of fun watching the video, from the chance to win 918 your great insight into the production; supplemented course is that you have a good start to the week.