02.10.2019Stranger Things: modelcars and novelties to the series

The streaming service Netflix has announced the fourth season to the tv series, to which Jada Toys released modelcars of diecast in scale 1:24 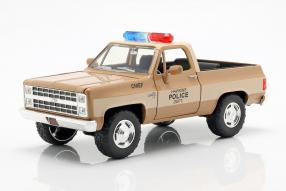 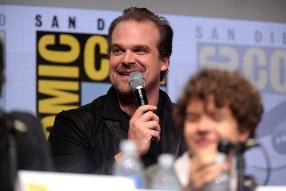 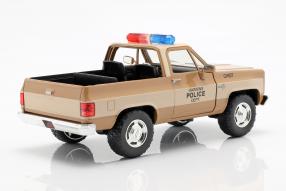 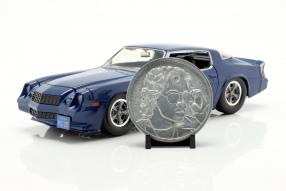 Since 2016, the series "Stranger Things" has been captivating fans around the globe: In a small town in Indiana, the 12-year-old Will Byers disappears. Especially his single mother worries. Meanwhile, Will's friends go in search of him, discovering more secrets. They meet a mysterious girl named Elfie, dealing with paranormal forces, secret government experiments, the Hawkins National Laboratory and its leader Martin Brenner. You get to know a parallel dimension in which a monster wants to kill every living thing. With police officer Jim Hopper, the missing boy's mother seeks access to the parallel dimension in which her son is still alive. She can enter the dimension with Hopper and frees Will.

And Hopper's car, the Chevrolet Blazer in brown-beige painting is available under the item number 253255003 new from Jada Toys. The miniature, which is available in scale 1:24, not only exactly reproduces the look of the police car, but even features a removable hardtop. Qualitatively, the modelcars are above the level of a toy and provide a truly acceptable detailing. The bonnet can be opened and the doors, too. That the model is accompanied by a police badge of the Hawkins Police Department, the fans of the series should be happy. Chief Jim Hopper is portrayed by American actor David Harbor, who has already garnered international attention in a role within James Bond's opponent James Craig in "Quantum of Solace" in 2008.

Teaser to the fourth season online

The photograph of Gage Skidmore shows Harbor 2017 at the San Diego Comic Con International, held in the San Diego Convention Center, California. His colleague Dacre Montgomery is seen as Billy Hargrove, whose Camaro Z28 is also transferred by Jada Toys in the format 1:24 and the collection coin is included. An exemplary license plate carries the model as well as it has to open doors and a functioning boot lid. The modelcars for "Stranger Things" - the ideal gift for fans of the series, which will go into extra time: Netflix has announced in a short clip the production of a fourth season.In the gloomy teaser a big change is announced: "We have left Hawkins", it says in the description. We are curious and wish good entertainment!

Here: Click to the modelcars to the series "Stranger Things"