First-class model cars, where every detail and whose performance is better than that of their prototype - these are the new McLaren from Aachen. 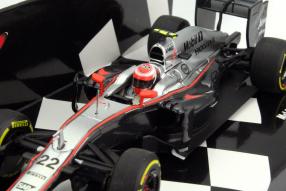 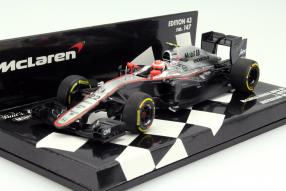 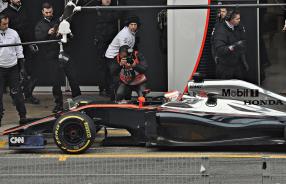 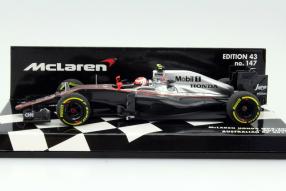 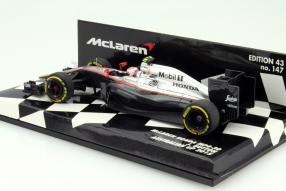 After the Japanese Grand Prix last Sunday McLaren is in the constructors' championship in 9th place. The eight-time World Champion Team, Total currently has only 17 points. In comparison, McLaren's former engine supplier Mercedes-Benz is at the same time the leader in the constructors' championship  with 506 points on the board. Obviously the engine named Honda RA615H is not yet available at the zenith of its power delivery.

McLaren and Honda - dominant in Formula 1

At the end of the collaboration between McLaren and Honda in the years of 1988 to 1992 statistics was quite different: 1988 the team won 15 of 16 races. The pilots then were called Alain Prost and Ayrton Senna that the probably the strongest duo formed in 1988 and 1989 in the premier class. The team won four years in a row the Constructors 'Championship, powered by Honda power, and hence the respective Drivers' World Champion.

Only in the last year  of the co-operation - 1992 - was the McLaren rivals Williams with the late finish of the new V12 didn't  offer enough Parolee. Gerhard Berger was then team-mate from Ayrton Senna. After 2 transition in 1993 and 1995 McLaren received the products manufactured by Ilmor engines from Mercedes, a partnership which should last until 2014 and therefore 20 years.

The important details of the MP4-30

2013 McLaren achieved the 4th and worst place that the team has ever had in the Constructors' Championship; 2014 McLaren was fifth in this table. And 2015: The 9th Place. Oh dear; So far, the MP4-30 has therefore not proved Pops. Fans who appreciate a complete picture of an F1 starting grid in the domestic display value will not disturb that: Minichamps has implemented the current racer from Woking in the proven die-cast zinc / plastic composite construction in the scale of 1:43 and delivers a good world champion model car.

The 43rd car, built by McLaren for a Formula 1 World Championship, is an evolution of the previous model and was developed by the designer Pedro Prodromou. The Mp4-30 is built narrower than the MP4-29 Due to the transmission developed by McLaren and received with respect to this also a revised car's nose.

Again an excellent model in 1:43 scale

The model car is the system of springs- and shock absorber strut front and the thrust combination of springs- and shock absorbers backwards clearly visible. Minichamps has also hit the surface structure of chassis parts and the spoilers and splitters exactly. Look and appearance match perfectly. The model is in color from the start of the season in Australia, even with the chrome color on the upper part of the engine cowling.

From the 5th race of the season on - the GP Spain - accounted for the Silver Arrow era with Mercedes reminiscent chrome color. From the 8th race, so that in Austria, the MP4-30 arrived with new aerodynamics, which will be both reflected in other models by Minichamps. Minichamps starts the McLaren-2015 with the cars to Jenson Button and test driver Kevin Magnussen.