It was the sensation at the IAA 2015: No more Minichamps but Herpa releases the new elevener as an advertising model. We look thoroughly at the newby. 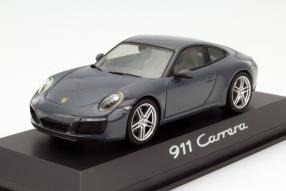 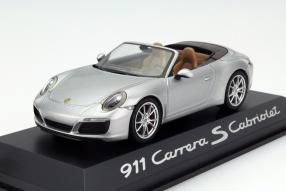 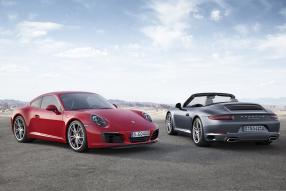 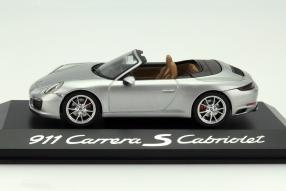 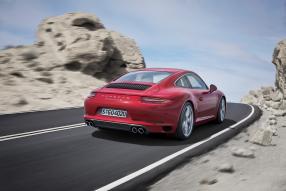 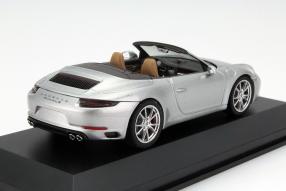 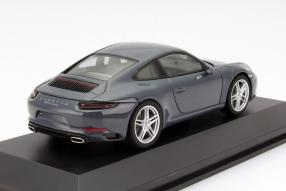 Perfect in the making, like with the lines of the prototype and super in look and appearance. This is the conclusion of our checks of the models of the facelifted Porsche 911, the first time since felt 2,000 years not from Minichamps, but by Herpa in Dietenhofen built  in the scale of 1:43. Already on September 14, we have known that a change of direction must have occurred in Zuffenhausen: The fact that the Porsche 911 - one of the most sought-after model car ever - now comes from another manufacturer, is a real sensation. The advertising models have received the usual Porsche packaging and are available in 4 versions for the price of 54.95 euros each from now. In a finish that really knocks us from the base. Or out of our shoes. Or both. But still: compliments to Herpa.

Whats neu about the Porsche 911?


The internal 991 / II called Porsche 911 was presented at the IAA in 2015 with a revised styling front and rear, but the major change is that there are now no more 911 are without turbochargers. In German: Jetzt ist jeder 911 ein Turbo! Externally, the nine-eleven gets new headlamps with four-point daytime running lights, shell-less door handles, a redesigned boot lid with vertical slats and new, sculpturally shaped taillights and more depth bidder - among others with the characteristic four-point stop lamps. The new models of the best-selling sports car for decades the world are basically equipped from December 2015 turbocharged engines under the revised hood received a new infotainment system and - for the first time in the Carrera - a rear axle steering.

The most important thing is the engine, right?

By switching to the Turbo, the Porsche 911 Carrera now has 20 hp more each and the manufacturer promises a more immersive driving experience. Under the hood lies a completely new generation of engines with twin turbochargers: 272 KW / 370 hp, the 911 Carrera and 309 kW / 420 hp Carrera S. Both Antriebssätze bring their power from 3.0 liters of displacement; the higher power of the 911 Carrera S is derived from the use of turbochargers with amended compressors, a specific exhaust system and a different tuned motor control. The maximum torque has been increased respectively by 60 Newton-meters (Nm). The Carrera brings 450 Nm, the Carrera S 500 Nm on the road; constant of 1.700 / min to 5000 / min pending. This of course also result in new performance.

New Series wheels with 5 slender twin spokes carry tires with reduced rolling resistance and increased performance. In all variants also increases the width of the rear wheels by 0.5 to 11.5 inches, and the rear tire of the 911 Carrera S measure now 305 instead of 295 millimeters. The new steering wheel is geared to that of the 918. And so we would be in the model car of 991 / II. Herpa has been successfully extraordinarily much trouble. The finish of the interior of models stands after by Minichamps in nothing: The design of the instrument panel, center console and the seats has taken Herpa perfect. The coloring of switches, trim elements and instruments is carried out very clean, rinse and prototypically. The interior door panels, surfaces of the seats and the design of the Convertible folded back roof: Artisan top notch.

Herpa has excellently implemented the appearance of the protoype in a 1:43 scale, which is difficult for mold makers to get the curves of the 911 without any cause for criticism. The new 911 looks really cool and look exactly corresponds to its model - both as a coupe and as a convertible. Our special attention we have focused on the new, three-dimensionally executed taillights. Even there, Herpa has really done an excellent job.

Just as in the implementation of the grille in the engine cover and its integral brake light. The replicas of wheels and brake system are also top; There are model carmaker that leave these details in a simple less detailed form. But not at Herpa. 991 / II. Coupe and convertible come as a 911 Carrera in Graphite Blue Metallic and a Carrera S in metallic silver.

[29.09.2015] Spark brings out winning car from the World Rally Championship