07.08.2019Double commitment: ck-modelcars at the Nürburgring and in Zandvoort

On August 9th till 11th, 2019, you can find our flexible team at the Nürburgring as well at the North Sea coast. With it: New models from GT-Spirit and Tecnomodel 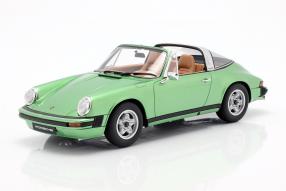 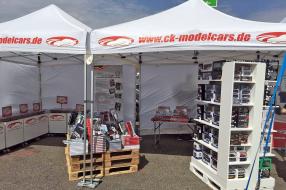 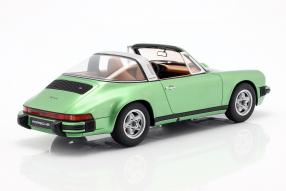 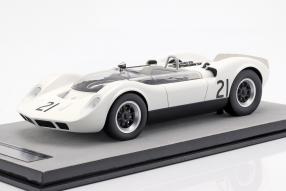 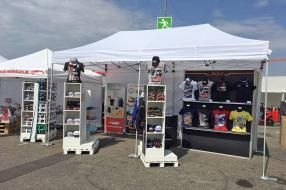 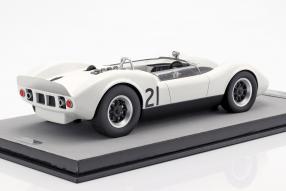 Oldtimer, old cars, motor sport legends as well as longtime companion in everyday life, they all meet for the 47th AvD Oldtimer Gran Prix this year, which counts as one of the most traditional Oldtimer-Festivals in Europe. For the coming weekend, about 500 historical racing cars and its owners have announced, who want to travel with their vehicles from the motorsport history and the period of the 1920s to the 1980s, a time travel to the Nürburgring. ck-modelcars thus sets for double commitment and splits into two teams: Our trailer waits for you at the track in Zandvoort, where the ADAC GT Masters ends the summer break, also on the coming weekend. Our sale tent (right picture), already known from the previous year, is going to be built up at the Nürburgring, acutally across from the Parc Fermé in the Sales Area.

This split gives us the opportunity to present you the newest modelcars at both locations and to pay our Dutch fans our respect. With us are for example the models of the Porsche 911 S 2.7 Targa 1974 from GT-Spiritmodels in scale 1:18, which have newly appeared in contemporary green metallic and limited to 999 units under the item number GT780. A true vintage from motorsport is the used by McLaren Elva Mk I of the British sports car manufacturer Elva Cars, to which Tecnomodel has released four new modelcars in the decoration of various races. Also in the format 1:18 they represent the emergency vehicles, for example, by Graham Hill at the Guards Trophy Brand Hatch in 1965 after or the winner of the 1964 Aspern GP by Charles Vogele.

The Hill (TM18-86C) is limited to 90 pieces; the Vogele to 80 pieces (TM18-86B). The models of the Honda RA273 of the Formula 1 from the years 1966 and 1967 as well as the Saab 99 Turbo from the 1980s are also from Tecnomodel. But what else - apart from our models and our tent - is still on offer at the Nürburgring at the Oldtimer Grand Prix? An open paddock, a night race with two-seater racing cars and GT till 1960/61, the FIA Masters Historic Formula One Championship, the FIA Master Historic Sports Car Championship, the FIA Lurani Trophy for Formula Junior cars as well as the Revival German Racesport-Championship. Racing cars and motor sportsman of the 1920s, 1930s and 1940s as well as the Vintage Sports Car Trophy can be admired in the original historical paddock. There are autograph sessions and interview rounds.

So there is a lot going on besides and on the racetrack. All this can not be free: The day tickets for the Oldtimer Gran Prix are available from 23,40 Euro, the weekend tickets cost 54,00 Euro. For children and adolescents up to the age of 17, accompanied by an adult ticket holder, admission is free. The Historic Paddock Club is unfortunately excluded. A proof of age must be provided. On Friday it could come to thunderstorms; for Saturday and Sunday, wetter.de forecasts temperatures around 22 degrees in sunshine without precipitation tendency. Take your kids and / or your friends by the hand and enjoy a trip to the Nürburgring! We are also looking forward to our fans as we warmly welcome them to Zandvoort. We will post pictures on our Instagram and Twitter channels.