Interesting miniatures, coming from the USA, of diecast in different sizes and genres have reached us at the start of the week 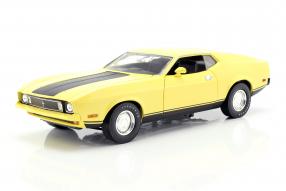 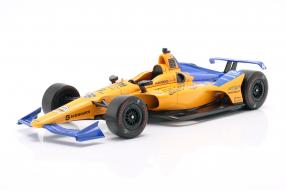 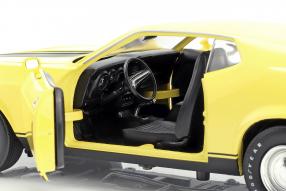 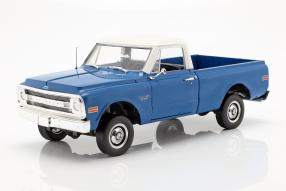 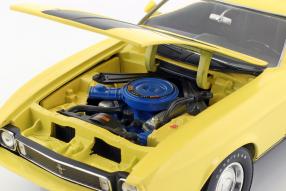 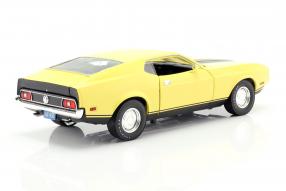 The fans of the US-label Greenlight can be happy about beautiful miniatures, which are available in the scales 1:18, 1:43 and 1:64 from now on. These are modelcars based on role models from past times as well as models of the current racing cars of the IndyCar Series. Also on board is Fernando Alonso's car, which McLaren Racing has brought to the start in qualifying for the Formula One World Champion, and is available in format 1:18 under item number 11061. Like the Honda of Takuma Sato of Rahal Letterman Lanigan Racing (11067) and Conor Daly of Andretti Autosport (11065) as well as the Chevrolet of Tony Kanaan of AJ Foyt Enterprises (11064) correspond to the racing car in the traditional orange of McLaren in its appearance and exactly the replica of the details of the fast models.

However, the Honda from Daly, Rosenqvist and Sato Greenlight also releases in scale 1:64 (10849, 10838, 10851). Also made of die-cast zinc, these minis accurately trace their role models and are priced really cheap. As they naturally require less space, they are a perfect collection theme for fans who have less space for a collection. To this fits the model of the Ford F-250 monster truck Bigfoot from 1974, to which Greenlight publishes a version with a trailer: The fat tires of the towing vehicle, must be attached by the collector himself (30054). The larger Bigfoot looks pretty good, because the Americans have expanded their range of scale 1:43 models with the miniatures of the F-250 in red (86162) and green (86161). Cool looks the Bre Datsun 510 1971 1:43 Brock Racing Enterprices, which Greenlight offers under 86335.

Two police cars appeared in the same size: the Chevrolet Tahoe Boarder Control 2010 and the Impala Chicago Police 2010 of the same manufacturer (86163, 86166). In addition to modelcars on film & television in 1:64, Greenlight has also released a few interesting 1:18 models. For example, a Ford Mustang Mach I 1973 Eleanor from the action movie "Gone in 60 Seconds". This is the Eleanor from the film with the German title "Die Blechpiraten" from 1974; not the same silver Ford Shelby Mustang GT 500 from the movie "Gone in 60 Seconds" / "Only 60 Seconds" in 2000 with Nicolas Cage in the lead role. This Ford, baptized by the protagonist Eleanor, is yellow in the 1974 version and, as a model with the item number 12910, has all-round openable doors and hoods with a great finish, also in the area of engine reproduction.