Stars like Matt Damon, Christian Bale, Caitriona Balfe and Josh Lucas let the fight between Ford and Ferrari, in the 1960s, come to life 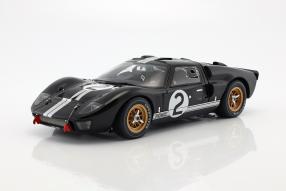 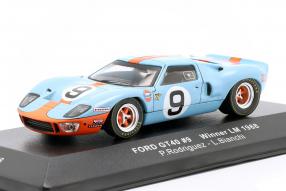 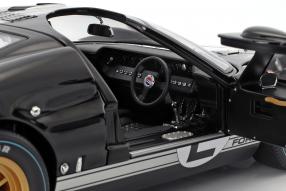 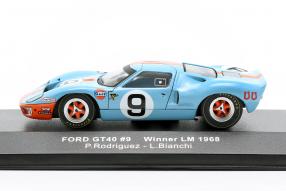 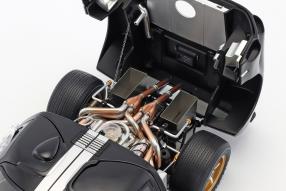 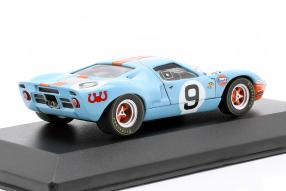 Car fans, there comes something in November: No, we do not want to talk here about the change from summer to winter tires, but the latest cinema hits about the legendary 24 Hours of Le Mans. James Mangold is a director who picks up the rivalry between Ford and Ferrari in the 1960s and thus ultimately tells the story of the history of the Ford GT40. Mangold shot the movie "Durchgeknallt" in 1999; Angelina Jolie received the Oscar for her role in it. In 2005, Mangold shot the movie "Walk the Line" about the life of singer Johnny Cash, who was nominated for an Oscar in five categories - Reese Witherspoon won as Best Actor - and won the Golden Globe Award for Best Picture. Two Wolverine movies with Hugh Jackman were created in 2012 and 2016 as well under Mangold's direction.

So there has taken a real heavyweight of the substance to which 20th Century Fox has released the trailer two days ago and the German version of Kinowelt we have embedded above. The focus is on the competition of the two carmakers in the race at Le Mans in 1966, the 34th edition of the 24-hour race, which took place in front of 350,000 spectators from June 18th to 19th, 1966 at the Circuit des 24 Heures. And the trailer convinces with strong emotions, breathtaking driving scenes and already recognizable fantastic equipment. Reason enough to look at the content that shows us the film: Henry Ford II - played by actor Travy Letts - has taken over the car company of his grandfather and wants to establish American cars on the market dominated by European manufacturers.

For this he revised the company concept with the help of the young visionary Lee Iacocca (Jon Bernthal) and the former racing champion and engineer Carroll Shelby (Matt Damon). Together, they are developing the Ford GT40, which should beat Ferrari at Le Mans, which until then has never been successful in any American vehicle. They are working on the revolutionary race car with British racing driver Ken Miles (Christian Bale), but the collaboration of the stubborn heads turns out to be more complicated than initially thought. But all are pursuing the same goal: Ken Miles is the Ford GT40 drive first on the finish line of Le Mans in 1966. And as we know, that's almost done: Ken Miles and Dennis Hulme finished second, while Bruce McLaren and Chris Amon claimed overall victory after 360 laps of 13.461 kilometers in rainy weather.

Ronnie Bucknum and Dick Hutcherson saved the third place. The GT40 of the team Shelby-American Inc. thus occupied the first two places; the third GT40 was used by Holman & Moody. The potential of the 7.0-liter V8 had shown itself in the way Henry Ford II had wished: A world that is emerging for us car fans in the feature film. As luck would have it, Ixo delivered new modelcars for the Ford GT40 these days, namely the Le Mans winners of 1968 and 1969. Even cooler, however, is that we have the winning car from 1966 in the scales 1:43 by Ixo and 1:12 from GMP are still in stock and you can get the right feeling of the movie at home. But before the film premiere comes on June 15th and 16th, the latest, the 87th edition of the famous endurance race.

Click here to the models of the winner cars 1966