The test drives by Michael Schumacher, Heinz-Harald Frentzen and Karl Wendlinger have been dedicated to a model car in 1:18 scale by ck-modelcars 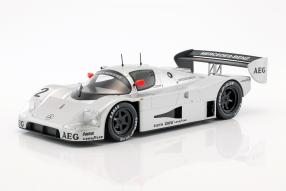 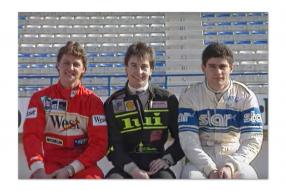 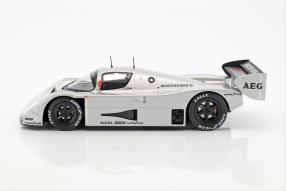 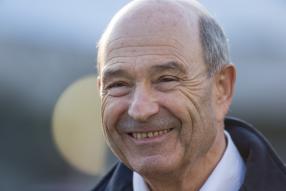 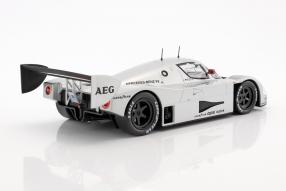 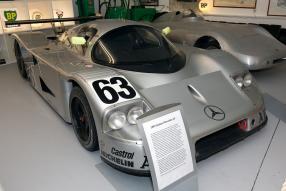 Lewis Hamilton is world champion for the fourth time and he is young and hot enough to come dangerously close to Formula 1 record holder in the statistics: Michael Schumacher. A model car beams us Back to the beginnings of his career. Ck-model cars in cooperation with Norev brings it on the market and this limited to scarce 777 units: the Sauber Mercedes C9, with the Michael Schumacher, Heinz-Harald Frentzen and Karl Wendlinger At the end of 1989, at the instigation of the former Mercedes race director Jochen Neerpasch, he conducted test drives in Le Castellet, France and at the beginning of 1990 in Jerez, Spain. The first three of the then German Formula 3 Championship came with the 530 kW / 720 hp car right from the start and thus showed that they were also suitable for performance and speeds in Formula 1.

But the focus of this article is the car, the Sauber Mercedes C9, which stands for the return of Mercedes-Benz in the top sport. Peter Sauber, founder and team leader for many years, has a lot to tell. His first cars - from the C1 to the C5 - emerged on their own, without factory support from any side; starting from the cellar in the parents' house of Peter Sauber. And then the cooperation with Mercedes-Benz followed step-by-step: "Yes, it started in 1984 and was very delicate at the beginning, because motorsport was a taboo subject at Mercedes back in 1955 at Le Mans, a serious conspiracy At that time, a team of Mercedes engineers supported us in their free time, until we were officially the Mercedes-Benz works team in 1988. "

According to Peter Sauber, Professor Werner Niefer of Mercedes-Benz played a special role: "The then CEO was an old-school entrepreneur, whom you can hardly find today in large companies." At that time, I had no contract with Mercedes a handshake agreement with Professor Niefer that was worth more than any widely signed document The Sauber-Mercedes C9 was painted dark blue in March 1989 and ready for the first race in Suzuka, but Professor Niefer wanted the cars to be silvery but there was a lot Headwinds from his fellow board members, who were too unsure about the chances of success, Professor Niefer asked me to paint a model car silvery and bring it to Geneva for the show. "

In Geneva, according to Sauber, the crucial meeting was to take place, which was resinous, as the team founder put it: "Then he suddenly put his arm around my shoulders, took me aside and said," All scaredy. Paint over! "What we did then in a Night and Mist Action It was the reincarnation of the Silver Arrows We celebrated a double victory in Suzuka, won the World Championship for drivers and teams and landed a one-two at Le Mans Trust back. " A really nice story, which in the end is regarded as the starting point of a career like that of Michael Schumacher, but on the other hand also the root of a development that led to today's Mercedes-AMG F1 team and the four-time title win by Lewis Hamilton.

The key data for the Sauber-Mercedes C9

The Sauber C9 - later called Sauber-Mercedes C9 and 1990 Mercedes-Benz C9 - is a built according to the regulations of the Group C racing car with aluminum monocoque, which from 1987 to April 1990 in the World Sports Car Championship WSC and the 24-hour Race was used by Le Mans. With seven victories in the eight races, the team won the sports car world championship of the 1989 season. In qualifying for the 24 Hours of Le Mans, the C9 on the Mulsannegeraden reached a speed of 389 kilometers per hour, the second highest speed there. The race was won by Manuel Reuter, Jochen Mass and Stanley Dickens after 5265.115 kilometers driven. Other C9 finished second and fifth in this run.

The engine used in the M119 series from 1989 was a V8 with four-valve technology and two camshafts per cylinder bank. The maximum torque of 810 Newton meters (Nm) could be increased in this 5.0 liters by boost pressure adjustment to 825 Nm, which the performance in the short term at 590 kW / 800 hp was raised. From the engine, we see in this unique model car to a role model, the motorsport history wrote, unfortunately nothing, but the diecast miniatures convince craftsmanship through a fantastic workmanship and prototypical details in the form of correctly applied engravings, the faithfully executed suspension components, the carefully copied rear wing and the perfect replica of the wheels. Our conclusion: a must-have model!

Here: The Sauber Mercedes C9 in the shop