Time and again, the specialist retailers modelissimo and ck-modelcars are developing limited special editions. The latest coup: The 1951 Mercedes-Benz W196 from CMR in 1:18. 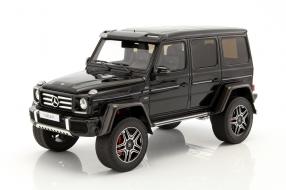 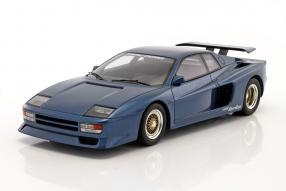 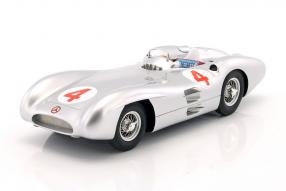 In the past week we had the sports cars in view: Ferrari 275 GTB, Lamborghini Gallardo Valentino Balboni, Porsche 911 Turbo and the Lamborghini Centenario were the stars in our blog. At the start of the week we stay with this genre, but we are on the way to our special models, which differ in a certain way from the miniatures that are usually sold. In the case of the aforementioned Porsche 911 Turbo 1977 on a large scale 1:12, it is the white outer finish, with which the 150 copies differ from the series editions of Minichamps. Since a classic color is in the portfolio of the Stuttgart, it is a very special paint, the collectors can not be missed in any case: under the item number 123066103 is the icon of the sports car construction only with modelissimo and ck-modelcars to have.

Friends of Mercedes-Benz will secure one of the rare 504 models of the G500 4x4, the giant version of the G-Class with its portal axles, which is run in the 1:18 scale under the item number ZM113. Exclusively for ck-modelcars and modelissimo made by GT-Spirit from Resine plastic; In contrast to the aforementioned Porsche 911 Turbo of the series 930, for the Minichamps Diecast as material for the production chose. The Ferrari Testarossa Bi-Turbo, which has been converted by the tuner Koenig Specials, is legendary. The GT-Spirit also exclusively produced 504 copies in elegant contemporary Blaumetallic and the 1:18 scale for the two above-mentioned dealers.

Proper bangers, however, are the miniatures of the label CMR, which are also only available via modelissimo and ck-modelcars. The most recent work is the Ferrari 275 GTB, which seduced the car lovers from 1964 to 1968, and the Mercedes-Benz racing cars, which now presented the Classic Model Replicars: following the models of the W196 model with a streamlining panel, two miniatures of the size 1: 18, which was used by Daimler Benz AG with the drivers Juan Manuel Fangio and Karl Kling in the Formula 1 of 1954. The world champion Fangio's model is modeled on the state of the Italian Grand Prix (CMR066); The second edition is reminiscent of the Sieg Klings at the legendary Avus in Berlin (CMR064). The proportions of the models have met CMR exactly.

Special models are a great collection

The appeal of the models is mainly the look of the cockpit, the clock collection spread over the narrowly dimensioned dashboard and the beautiful looking wooden steering wheel. The 2.5 liter V8 of the W196, which for the first time ever received direct petrol direct injection, produced 189 kW / 257 hp. Classic Model Replicars is now regarded as an insider's tip among model car collectors because the model selection concentrates on the milestones of sports car construction and racing and the craftsmanship of the details of these high-quality resine plastics is beyond all doubt. The bottom line is that we can build a very special, unique collection with the special models of modelissimo and ck-modelcars, which will hardly be available for a second time.

Click here: This link will take you to the overview of all special models