01.06.2017Christoph Krombach nominated for the Diecast Hall of Fame

Since its founding, 174 prizewinners from the Model car scene have looked forward to an award. 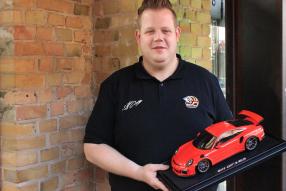 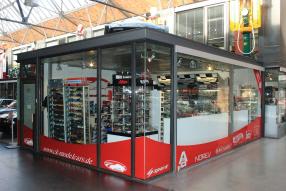 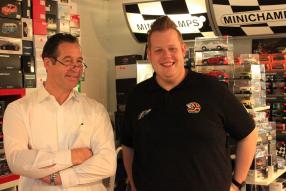 The Diecast Hall of Fame was launched in 2009 and is one of the most popular and well-known awards in the global modeling community. In the course of time, 174 industry participants or people, who have a special affiliation to model cars made from zinc die casting or to cars in general, have been honored. This includes famous names such as Larry Wood, car maker Carroll Shelby and late night Talk show master Jay Leno. This year's award ceremony is scheduled around the SEMA on November 2, 2017 in Las Vegas. It will be held at the Mandalay Bay Hotel and for the first time also welcomes our managing director and owner of Ck-modelcars - Christoph Krombach - amongst the nominees in the Diecast Entrepreneurs category. Exciting: He becomes the competitor of Paul Lang, founder and CEO of Minichamps.

An entrepreneur is initially a business owner, but not every business owner is considered an entrepreneur. The distinction is made by very specific qualities, which make an entrepreneur an irresistible and sought-after person in business. For example: Hermann Bühlbecker, the head of the Lambertz Group with its Aachen Printing, is understood as an entrepreneur. Businessmen like him are characterized by a special willingness to take and the greatest possible responsibility, which at the same time also means carrying the greatest risks. They are characterized by a special mindset that helps them deal exceptionally well with uncertainty and risks and lead their company to success. Christoph Krombach also has such a personality.

He founded his model car company, Ck-modelcars, as a registered salesman on 14 May 2004, whereby he is fully liable for all risks. In the meantime, the assortment of the Internet sender, based in Aßlar near Giessen, comprises around 8,000 different models as well as matching accessories. This makes Ck-modelcars one of the top providers for car models worldwide, which now earned him the nomination. And what else? 23 candidates have high hopes for the Collector of the Year division. There are the categories Diecast Customizer and Diecast Designer. Among the judges are Andreas Berse of Modellfahrzeug, Matt Boyd, the editor of the Diecast X magazine, Audi manager Matthias Braun and also Model car book author Michael Zarnock. In the picture on the right: Yvo Konzag, Ck-modelcars Classic Remise Berlin and Christoph Krombach.