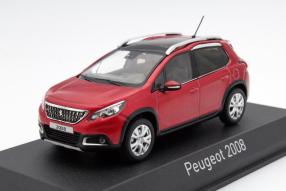 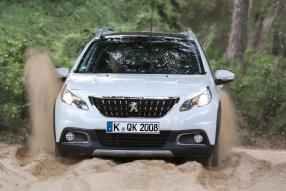 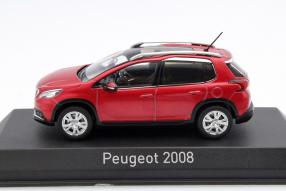 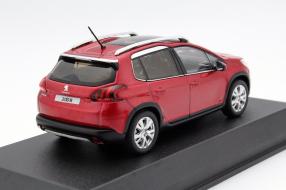 Next Thursday France and Germany meet in the semi-finals of Euro / EM 2016 Germany coach Joachim Loew said in yesterday's press conference of two opponents at eye level and that he looked forward to such a star-studded Games. Interested you the opinion of the blogger? There are players among the French because I would get scared if only one would run to these chunks on me. Let us hope that our team is there harder in business. France but also plays in the model car an immense role because Norev is one of the major players in this segment and has also strengthened obtain licenses for initial production of model cars for models German luxury brands in recent years.

but core business remains the cooperation with local producers, such as Citroën, Renault or Peugeot. On that last label presents us the new Norev 2008., which in this form - debuted at the recent Geneva Motor Show - model year 2016th Peugeot sees the Mini SUV to be so robust and fearless as a large SUV, yet as agile as a city car. The four-door is available with petrol and diesel engines from 60 kW / 82 PS to 96 kW / 130 hp. With 15.500,00 Euro starts the price list; 34,95 euro requires Norev for one of the recently published model car 1:43 scale in the paint Snow White (SKU 479847), Ultimate Red (479846) or Emerald Green (479 845), whose appearance corresponds to the model exactly.

The new 2008 offering modern assistance systems such as the emergency braking system Active City Brake and the parking assistant Park Assist with active steering system, high-quality interior and assertive one, stylish appearance in the new SUV design of the brand, so Peugeot told the media: "Vertical grille, almost horizontal hood , black wheel arch from Allure - even without the prominently placed in the meshed front mask silver lion the distinctive new body is typical Peugeot ". The tail shape redesigned LED taillights in characteristic Three Talon look with 3D effect. The rear bumper in silver - the counterpart to the front underrun protection - also underscores from behind the amplified SUV design of the new of 2008.

What will be on Thursday night?

The small Peugeot are made of die-cast zinc as the main material and do not want to open doors and hoods - as in this scale usual. The high finish in the details is also expressed at the Peugeot 2008 again by the clean tracing of the predetermined lines of the front apron, the good fit of jagged glass covers for the lights and the inner life of the same. Norev has also very good recreated the unique shape of the roof.


Conclusion: A Peugeot 2008 this issue belongs in any case, in a collection of small French. And what now, if we lose on Thursday? The love for well-made model cars from France is the determined not to abort. We also know that our guys always do their best! As we have seen in penalties, include a bissl luck just also. Fingers crossed!