The team of Stuttgart secured the 80 percent newly-developed version of the 919 hybrid again the overall winner. Toyota expressed heartache. 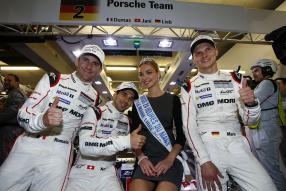 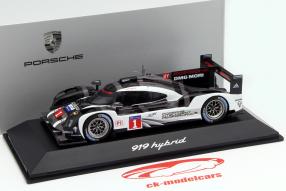 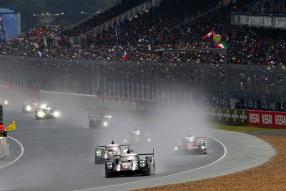 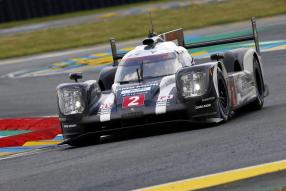 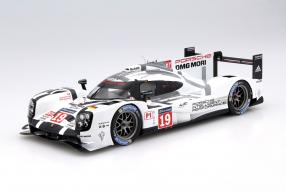 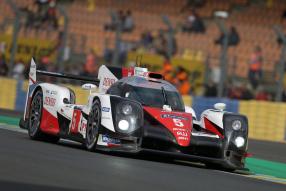 Model cars of the model of Porsche are not only the products we sell, but thing of the heart for us. The passion that put Stuttgart in the construction and development of their cars, paying off not only on the road, but also and especially on the racetrack. How else the Porsche legend would ever can arise if not? By the lifeblood that the cars almost more drives than the fuel in the tank A force that we find even in the model cars that deliver us day after day to you and which are licensed by Porsche or even marketed as the before the weekend only delivered Diecast model of the Porsche 919 Hybrid Le Mans in 2015 at a scale of 1: 18th

This shines with the same precision craftsmanship, as we are used to from Porsche on the road and the racetrack. But the 1:43 held, called Presentation Model 2016 expresses what its manufacturer Porsche and Spark promise: the will to win. Because it reduced a race car whose cast won the 84th edition of the 24 hour race of Le Mans from pole position and thus brought the 18th overall victory for the company. The pilots Romain Dumas from France, Neel Jani from Switzerland and Marc Lieb from Germany brought the Porsche 919 Hybrid of the vintage 2016 with the number 2 on the 1st place finish. The car of the group LMP1 went 384 laps over the finish line.

No other brand has achieved so much success at the toughest endurance race in the world and is so closely linked to the myth of Le Mans, as the Porsche brand. With this small article we would like to congratulate Porsche wholeheartedly to this latest, great success! The 2nd place went to the team Toyota Gazoo Racing, the Toyota TS050 Hybrid after 381 laps saw the checkered flag; Audi Sport Team Joest won with the new R18 the 3rd and 4th place. The Porsche with the # 1 of Timo Bernhard (DE), Brendon Hartley (NZ) and Mark Webber (AU) ended the race after a long night repair stop on the overall 14 Many congratulations also to this team and to all the others, who the Hatz survived through the night.

But we return back to Toyota, overruling their press release with the headline "chest pain": "Toyota Gazoo Racing's victory in the 84th running of the 24 Hours of Le Mans was still snatched at the last minute by a cruel coincidence, and so remained in the end only the 2nd place. Both TS050 hybrid took turns in the lead and delivered an exciting battle with the Porsche # 2. Ultimately, it was Anthony Davidson, Sébastien Buemi and Kazuki Nakajima # 5 who was on course for victory in the car, when an insane last minute drama took place: at the beginning of the penultimate lap the car with Kazuki suffered at the wheel a sudden power loss ".

Toyota continues: "Despite all attempts to restore the power, the car finished the round at a slow pace and finally came down the stretch to a halt Although it was possible to bring the car into a run again, but the last round has been completed so slowly that. # 5 was no longer counted number 6 with Stéphane Sarrazin, Mike Conway and Kamui Kobayashi -. even long lead before encountering the end of the race problems - finished second, behind the winning Porsche with starting number 2. in 18-shows from Toyota at Le Mans since 1985 so the home side's sixth podium, including five second places. " Porsche congratulates first. A beautiful gesture. We suffer with and also look forward to the model car of the brave heroes of Le Mans from Japan.