Norev is given permission to make a model car to the sixth issue of the pony cars from the United States. We look back. 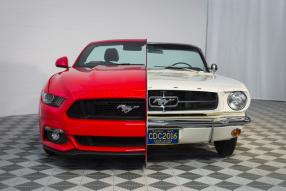 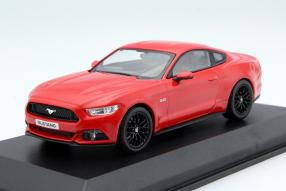 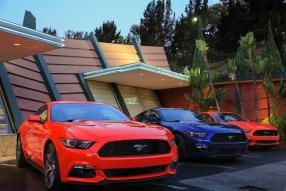 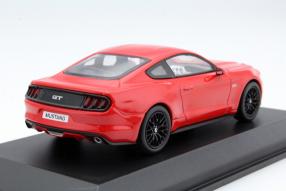 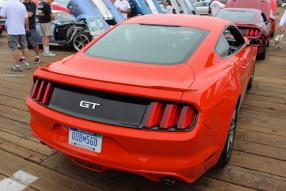 Again, to almost a week, and then we write an article with the introductory hashtag throwbackthursday to remember something that was long ago. This time it is the Ford Mustang, which the French from Vaulx-en-Vaulin have become the focus of our interest: The ladies and gentlemen of Norev reduced the sixth after the official counting version of the Ford Mustang, whose great-Ahn in 1964 as a successor to the Thunderbird debuted and had to be offered as T5 sake of name protection in Germany at that time. Today a Mustang may be called Mustang also with us and this country is offered again for sale. Let's look back in time and take as a view of the novelty of Norev.

Review: The emergence of the Ford Mustang

With the Ford Mustang, the American carmaker trod early the way to the modular design, because in order to offer a low-cost sports car, the developers used the platform of the Ford Falcon sedan. This created both a coupe and a convertible, which were presented on 17 April 1964th The car thus justified the category of so-called pony cars; smaller convertibles and coupes that followed the Mustang as a name of the class and be taught with their large-volume 6- and 8-cylinder engines and relatively low prices to young customers. A principle to transfer the Opel Manta and Ford Capri to Europe, the GM and Ford tried - albeit with less power under the hood.

But of all the vehicles that followed this pattern, survived continuously until today only built the Ford Mustang. It presents itself currently as a coupe "Fastback" and driven as a convertible "Convertible", from either a 2.3-liter EcoBoost four-cylinder engine with 233 kW / 317 hp or a 5.0-liter V8 with 310 kW / 421 hp. Outside Europe still comes a 3.7-liter V6 with 224 kW / 305 hp for installation. It is shifted to my manual gearbox or a six-speed automatic. The V8 versions with circuit for the fans of burn-out a violent Extra: Besides Launch Control are equipped with the new Electronic Line-Lock - an assistance system that assists the driver when performing burn-outs, by fixing brakes the front wheels ,

Typical America! Can you imagine such a thing in a Mercedes-Benz SL, a Porsche 911 or a BMW 6 Series Coupe? Front Driven smaller models differ because of the drive concept as out anyway. But okay, as already said Frederick II. Of Prussia in 1740? "Everyone shall be saved in his own way". Selig also be determined the model car friends who make the miniature of the current Mustang 1:43 in the showcase. As might be expected builds Norev a model that the appearance of the model fits exactly in its proportions and the look. The front apron appeals to us because the air ducts are formed correctly and bring the model car therefore immediately pluses.

The grille is not executed breached, but by the depth of the engraving of the honeycomb grid he acts prototypical. The exterior mirror housings are made formally coherent and bicolor. Only the door handles were a little better, maybe can be placed rather separately. The glazing on the other hand fits perfectly and the black Heckblende includes the transparent red running taillights in optics three perpendicular strips. Care proved the mold makers in France and in the reproduction of two-tone exported diffuser and the rear bumper. In the interior there is the prototypical retold dashboard with the characteristic shape of two humps again. Our conclusion: Nice that recaps so may end date. Our Score: a B.