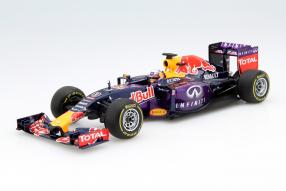 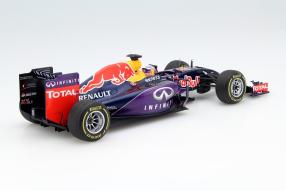 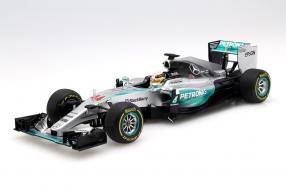 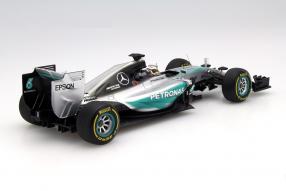 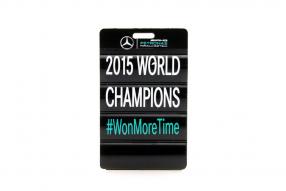 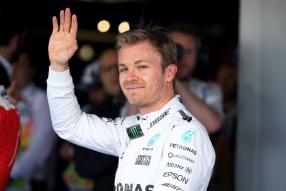 Nico Rosberg has been already 4 times this season at an oversee race on the top of the podium. Amazing, right? Strong, the German was also the last year, but the overwhelming dominance of his teammate Lewis Hamilton gave him not a chance at the title. This year the situation is reversed: In the qualifying duels it is 2: 2 draw, but in the interim settlement after 4 races Rosberg leads with 100 points maximum yield from the 57 points Hamilton the drivers' championship to confidently. Kimi Raikkonen with 43 points representing the colors of Ferrari; Daniel Ricciardo is with 36 points in 4th place ahead of Sebastian Vettel with 33. While Formula 1 now builds her tent camp in Barcelona, ??meet new model cars to 2015.

We do not know how are you: The season 2016 starts fully through, but we get only now the starting field of the previous World Cup placed in the display case. Would not it be any better to be able to already buy at the beginning of the current race in Europe the first 2016er miniatures? Sure, we also know that the racing teams will do the devil to ventilate design secrets early; eventually could even copy one way or another spoiler idea of ??appearing Model car on the own racing car competition. But is it really so that a template in scale 1:18 or 1:43 can be so sophisticated that it can become the basis of data theft? We believe: No.

The cars are known essentially since the season opener in Australia. So why we can not keep current model car in his hands no later than mid-year? Finally, the model automaker already often bring miniatures to the date on which a model from the passenger car range is celebrating its world premiere at an auto show. Yet at the moment, it is how it is: Daniel Ricciardo Red Bull RB11 appears from the 2015 season just 1:18 of Spark. The designer Adrian Newey but could not build on the success to realize the various predecessor vehicles knew: From 19 starts the car pulled just 3 fastest laps and 187 championship points, but neither pole position nor victory. The model appears in camouflage and racing livery of both drivers.

Model car with pit board

Much more successful was known as the Mercedes-AMG Petronas F1 W06, with Lewis Hamilton ahead on the Circuit of the Americas in Austin won his third World Championship on October 25, 2015. At the end of the race the Spark was the Briton of his pit crew, a display panel with the pun #WonMoreTime shown the model presented here car with the item number 18S179 enclosed with. Designed by designer Aldo Costa W06 brought unlike the RB11 proud 703 points, took from 19 starts 16 wins, 18 Poles and 13 fastest laps. Both the RB11 as well as the W06 are made of resine plastic and meet in the finish of body design and decorative high performance.

Nico Rosberg for the Grand Prix of Spain

Even if they are not from the current season, thus enriching the high-profile models but certainly the living room, when the Formula 1 engines shout out on television. Let us hear still what Nico Rosberg has to tell us before the race at Barcelona: "I won the first four races of the season - so I did not expect This was a great start, but at the moment I am enjoying just the moment and my current. shape. I do my best to continue so, and hope I can pull it up to the end of the season. In sports, there are ups and downs. it comes to be mentally prepared and repulse strengthened if it should come to that. In such a long season you have to think race by race. "

Rosberg adopt accordingly combative, but is not obvious cocky.. "There are still available 425 points - and still can happen Next, head to Barcelona In the past year I have there my first pole and my first victory on this track retracted. Currently, I feel really comfortable in the car. that's great because I it prefer this incredible confidence to go to the limits. I therefore look forward to the coming weekend when we garantee expected a tough fight. " , A tough fight on the long Whitsun weekend so when we see Nico Rosberg as favorites. We press him, but of course also the mate Lewis Hamilton, Daniil Kywat and Daniel Ricciardo Red Bull crossed.


We wish you a nice Pentecost weekend! All the best!