With the resine plastic model car, the partners have created a model car that manages high high on the podium. 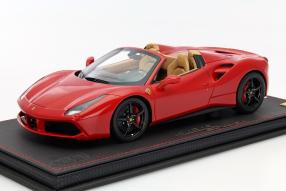 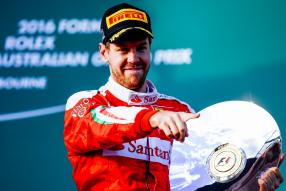 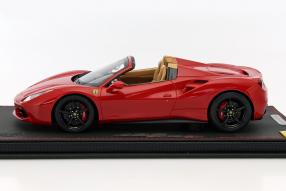 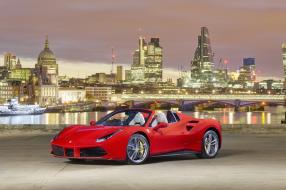 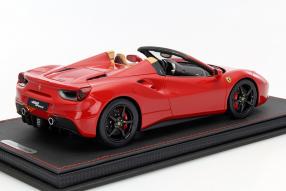 Ferrari had a reason for joy at the end of the first race weekend: Sebastian Vettel reached on the Albert Park Circuit in Melbourne, Australia at the start of the 67th season of Formula 1 the 3rd place. Vettel came with 9.643 seconds behind the winners Nico Rosberg finish. Rosberg sat unlike Ferrari on a harder tire compound and then thwarted a possible better result for Vettel. have reason to be happy next to Ferraristi but also the friends of the quality of the model car BBR because the Ferrari 488 Spider in 1:18 scale, a model has come onto the market which, compared to many other miniatures a real chance to the top spot a podium! has. BBR and Ferrari have created a model that impressed us with his voice appearance.

The Ferrari 488 Spider is the convertible version of the 488, which was presented at the Geneva Motor Show, 2015. The open version has been released in the fall, and served as a model for the model car of Italian small series Labels BBR. This company is known for his excellent work. The miniature produced resine plastic of the Ferrari 488 Spider is true as the other model cars from this house, the appearance of the model perfectly. The lines of the details of the front apron to the rear final result at the end of a coherent overall picture. The model car is available in 2 versions: With lighter, held in beige and black interior, but with the same exterior color, the so famous for brand Rosso Corsa.

Claims to the mold maker

shrink sculptural curved bodies such as the 488 Spider successful, the form engineers also the less demanding in mold polyurethane casting resins Resine before high demands. BBR has this but exemplary dissolved and hit the bumps, for example, the front hood excellent. The build quality of the model is excellent. The inside of the headlights has been well implemented clean as the condition of the internally ventilated and perforated brake system and their calipers. The replicas of the alloy wheels are just a visual treat. Succeeded also the reduction of the dashboard and instruments. The stitching of the leather seats are a real masterpiece of craftsmanship for a model. Compliment to Italy.

Of course, a view of the bay, the 399.95 Euro, which costs one of the limited each to 288 copies models, a lot of money, but the exclusivity and quality of the mounted on a decorative, leather-based plate miniatures are also represents a corresponding value. Confirmed the: the models are available there shortly after the release of euro from 550.00. Me doors and hoods due to the material unfortunately closed, so we do not get much to see from the V8 Biturbo with 3.9 liters of displacement. It makes the prototype 492 kW / 670 hp at 8000 / min and a maximum torque of 760 Newton meters (Nm) at 3000 / min. To reach the 488 least 325 kilometers per hour speed limit and accelerate from 0 to 100 in 3.0 seconds.

Note: The second image from below shows the 488 Spider at the launch in London.