A model in a scale of 1:18 and a book that shows the life of Bellof. We summarize and have a video to the car. 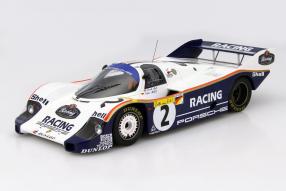 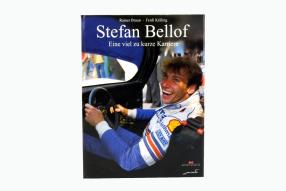 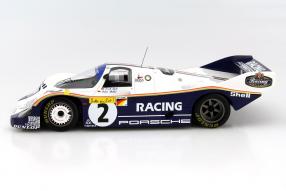 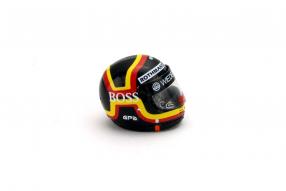 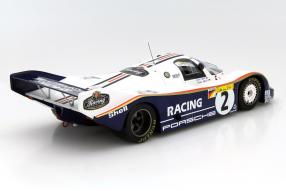 With this article we would like not only to introduce you a new model car, but also to remember one of the most popular racing drivers that Germany has ever produced: Stefan Bellof. The Porsche 956, with which he rounded, in 1983, Nürburgrings Nordschleife in an amaying time of6:11.13 minutes is delivered to our showcases from the label Spark in size 1:18. Included here, we found a report of SWR Landesschau Rheinland-Pfalz from 2013 to the Nürburgring imagines that time newly restored model to mark the 30th anniversary of the record drive in front of the 1,000 kilometers; the model of Spark is the same car that you can see in the above embedded video. And we have something else: a book about the life of Stefan Bellof.

How close was the relationship between the drivers and the Stuttgart carmaker Porsche, is alone the fact shows that the Porsche Museum as editor of the book "Stefan Bellof: A too short career" occurs. It comes from the pen of motor sport and car experts Ferdi Kräling and Rainer Braun; Kräling contributed the images, the text Brown. The book was already published in 2005 to mark the 20th anniversary of the death of the originating from casting sportscar world champion. It contains stories of his private and professional life: From kart about Formula Ford to Formula Super V, of the formula 3 on the formula 2, by the time the Porsche factory team up to Formula 1 with Tyrrell describes all the stations, come companions to word.

The girlfriend of Bellof (born on November 20, 1957) - Angelika Langner - contributed to the design the book. It is, incidentally,  she was also in 2013 at the Nürburgring and mentioned in the aforementioned report. of course, which is listed with 59,95 euro book contains a seamless statistical annex with all take-offs and results. The model in 1:18 scale is 199,95 Euro more expensive, but has in the best tradition Spark a lot of details and a high-class workmanship. Doors and hoods remain with the model produced resine plastic closed, as usual, but granted the car model by the generous, prototypical cockpit glazing a good look at the interior: seat belts, instruments, steering wheel - everything has been reconstructed in detail.

Really liked us have the inner workings of headlights, contrasting indicators and the excellent modeled covers the front wheels. Very filigree we encounter the wiper; the small sliding windows in the doors shown open. Spark has taken the appearance of a six-cylinder boxer engine driven 956 perfect in every way. The drive kit developed from 2,649 cubic centimeters 470 kW / 640 hp and a maximum torque of 630 Newton meters (Nm) at 5,400 rpm. He was supported by two turbochargers, which were posted on the sides next to the cylinder heads - which unfortunately remains hidden from us as opposed to models from Minichamps with detachable hood.

Helmet after a design by Angelika Langner 1:18 available

Bellof in 1984 as a long-distance world champion, German racing champion and European champion driver from; he was the first German driver who could win a world title on the automobile race track. The video of the SWR built for the took place on August 10, 2013 designation of a section of the Nordschleife in Stefan-Bellof-S; in memory of the still valid lap record of 2013 marked the 30th time. His girlfriend Angelika Langner recorded incidentally in charge of the helmet design 1982: Spark has transferred its look on a prototypical scale model of the helmet in 1:18 scale.

We wish you a nice weekend: Fits, drive carefully and stay healthy!

[25.02.2016] Renntransporter of Schuco for decorating collections