With strongly handcrafted and detailed modelcars in scale 1:18, the traditional label draws attention to itself once again 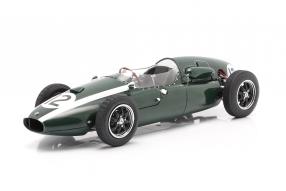 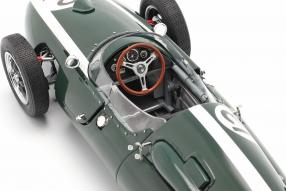 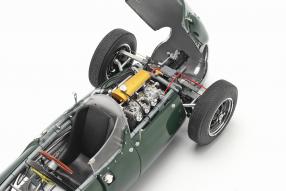 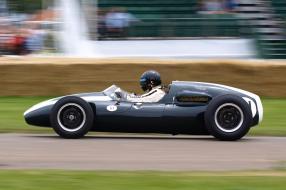 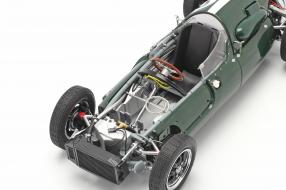 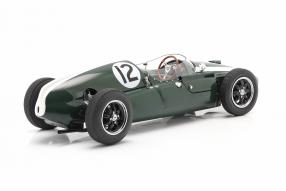 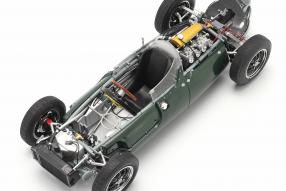 It is a novelty from this week, which draws the attention of our editorial team at the end of it: It is about the miniatures of the Formula 1 racing car Cooper T51, which surprise! Built from diecast and limited to 1,000, these models are characterized by extreme detailing, which deserves to be highlighted at this point. It is model building skills of the highest level in the price range of around 200.00 euros, as is more commonly known from Autoart. The miniatures reproduce the first mid-engine monoposto that started in Formula 1 and then immediately won it. Until then, the engines were still in the front; With the Cooper T51, John Cooper and the Cooper Car Company from Surbiton in the county of Surrey initiated the change to today's Formula 1.

Because as in today's vehicles from Lewis Hamilton, Sebastian Vettel & Co., the drive plant of the T51 is positioned behind the driver's seat. This concept secured the Australian Jack Brabham the world championship title in 1959, which was then still the automobile world championship, and the team won the constructors' championship. Stirling Moss finished third in the World Championship in the same car. It was the basis that brought Brabham and Cooper both titles with the T52 in 1960. But let's take a look at the modelcars with item number 450032700 in classic British racing green. They impress not only because of the lines, which strictly match to those from the prototype, as usual with Schuco, but above all because of the racing car technology, which allows you to see a lot of details by lifting the front paneling and folding it up at the rear.

The esteemed readers of this blog know that it is mainly the engine where the editorial team takes an eye on: Schuco did a really great job reducing the 2.5 liter big climax in-line four-cylinder with its 170 kW / 230 hp into a small piece of art. The valve cover with oil cap, the intake manifold, all lines and ignition cables literally ensnare the engine block. Shift linkage, gearbox, pedals, radiator and the wiring of the instruments behind the dashboard - nothing was left out of consideration by the mold makers! But the highlights of the modelcars also include the chassis parts, the replica of the brakes, the springs and the wheels. No matter from which point of view the collector looks at the details of this model, it arouses pure enthusiasm! With the small wooden steering wheel to top it off! We think: More of it, Schuco!

Here: Click to the modelcars of the Cooper T51