Our trailer in the middle of many worth seeing car rarities: Read here, which cars were the highlight from our point of view. To this: New Ferrari-modelcars 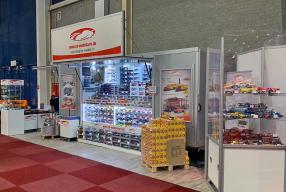 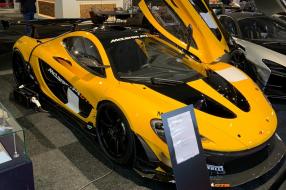 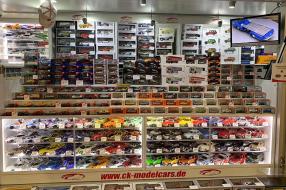 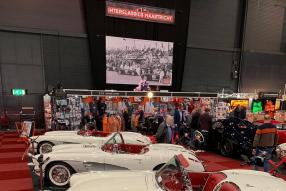 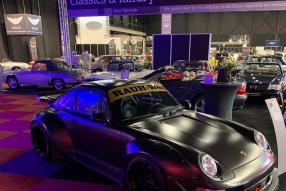 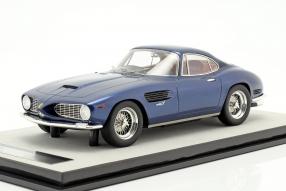 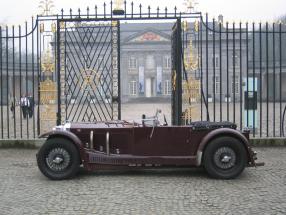 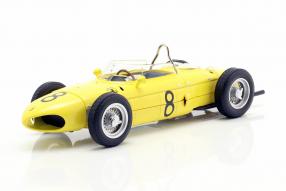 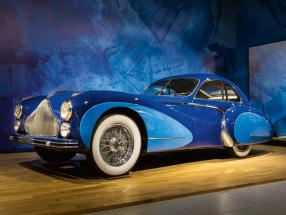 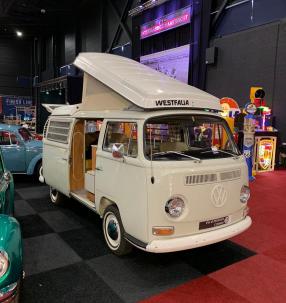 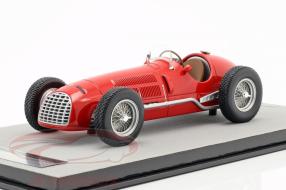 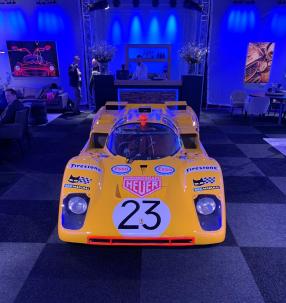 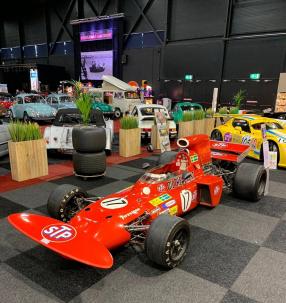 From Thursday up to and including yesterday's Sunday, fans of automobile rarities at the InterClassics Maastricht in the MECC exhibition and congress center were able to reminisce about disappeared but unforgettable car brands. The motto of the event, which was also visited by German TV stars as Horst Lichter, was 'Forgotton Classics - Epic designs from the past'. It was the 27th edition of the oldtimer automobile fair, which is now one of the largest classic car events in the Benelux area. In the show's motto area, visitors were able to embark on a 'trip down memory lane': 24 beathtakingly beautiful vehicles from the most memorable and no longer existing car brands were presented there, including the brands Talbot Lago, Invicta, Saab, Hispano Suiza, Spyker and Voison.

But also Bristol, Horch and Studebaker were among the presented pieces that were made available by various international museums and private collectors. In addition to these 24 forgotten classics, there were more than 800 oldtimers and youngtimers to be seen and admired and / or bought. Various brand clubs presented themselves, classics from different price categories were auctioned and the first edition of Sim Formula Europe took place. This event, which ran parallel to the trade fair, gave visitors a picture of the world of e-sports and racing. Europe's best simracers competed live on the podium and delivered thrilling races. With the Invicta S-Type from 1932, a privately owned car came to visit, whose concept was to combine the quality of a Rolls Royce with the performance of a Bentley.

Invicta's founder Noel Macklin therefore tried to combine the British advantages of good roadholding and reliability with the American demands for performance and smoothness of the engine. The car was unveiled at the London Motor Show in 1930. It was made from the best materials available, such as a sturdy nickel steel and cast bronze chassis. The drive was taken over by a Meadows 4.5 liter six-cylinder. Only 70 S-Types were produced; one of them stopped by in Maastricht. The extravagant design language of the Talbot Lago Grand Sport Coupé Saoutchik from 1948 comes from Jacques Saoutchik, a carpenter who fled from the Ukraine and founded his own body shop near Paris 42 years earlier. His goal was to get to the top of the automotive industry, which he finally succeeded in the 1920s.

His designs are considered the most avant-garde in the automotive history. Saoutchik's designs are characterized by the exaggerated, almost sensual shapes and the generous use of chrome: note the extreme curvature of the wheel arches, the subtle fender fins and the many chrome accents. This car was provided to the InterClassics Maastricht by the Louwman Museum in Den Haag (The Hague). Highlights of our tour were also various Porsche 911s of the first generation and the G-model as well as a 993 from the hand of tuner Rauh Welt. We were particularly pleased with the Mercedes-Benz 190 E 2.5 16 Evo 2, some Chevrolet Corvettes, a McLaren P1 GTR, a Bugatti Chiron, the Formula 1 March by Ronnie Peterson or a Volkswagen T2 Westfalia Camper. Real classics that belong to such a fair.

In time for the fair, CMR delivered two modelcars to the Ferrari 156 Sharknose 1961 of world champion Phil Hill and Olivier Gendebien and two miniatures of the Ferrari Dino 246 1958, which were also driven by Gendebien and world champion Mike Hawthorn. The diecast models appear in the format 1:18. The miniatures from Tecnomodel, which also focus on Ferrari, are brand new in the range. These include the Ferrari 250 GT 1962 and the Formula 1 cars of the 125 series from 1950; just like the CMR miniatures in format 1:18, but made of resin. So it was a worthwhile weekend for the friends of high-quality and valuable automobiles from our past, while at the same time in Santiago de Chile, the Formula E continued its way into the future with the sixth season.