The ADAC Zurich 24-hour race at the Nürburgring in mid-May was all about the race car driver from Giessen. 35 years ago today he started on the Nordschleife. 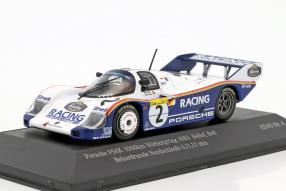 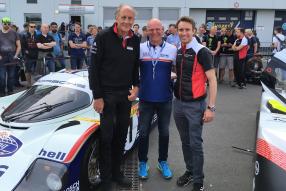 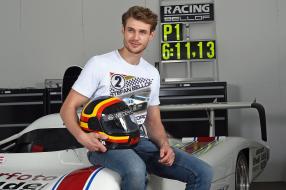 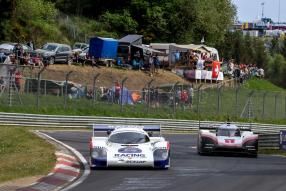 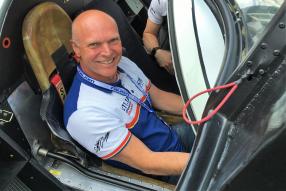 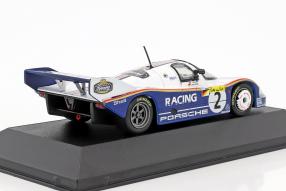 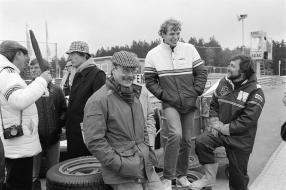 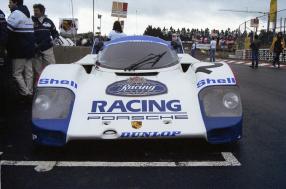 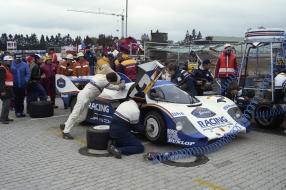 The name of the Gießen racing driver Stefan Bellof is inextricably linked to the Nürburgring because he has circumnavigated the Nordschleife on 28 May 1983 in a record time of 6: 11,13 minutes. With an average of 202.7 kilometers per hour. No one was that fast on the historic racetrack. Bellof drove this time during part of the final training of the 1000 kilometers from the Nürburgring. So, one day before today 35 years ago, in which his Porsche 956 got by passing a bump undercut and departed in the section Pflanzgarten. With 6: 25,91 minutes he dominated the race until the accident, which he survived completely unhurt. In today's blog article we remember the race of that time, quote two eyewitnesses and look at which model cars and accessories we carry in our shop.

The Nürburgring 24-hour race - officially named the ADAC Zurich 24-Hour Race - was also held this year in mid-May. Like no other event before, Stefan Bellof was ubiquitous in the talks next to the racetrack. This is mainly because Porsche AG and the Porsche LMP1 team offered the audience a demonstration ride with the Porsche 919 tribute of the 2017 season and the Porsche 956, freed from all restrictions of the FIA ??regulations for the LMP1 sports cars, with which Stefan Bellof drove the above-mentioned Record round. At the wheel of the new 919 tribute sat the two-time long-distance world champion and two-time Le Mans winner Timo Bernhard; On the steering wheel of the 956 turned the motorsport legend Hans-Joachim Stuck. And Stuck was powerfully emotional, really touched.

The two-time Le Mans winner of 1986 and 1987, winner of the DTM in 1990 and current President of the German Motorsport Federation DMSB: "For me to drive, on a very special day, in the car which Stefan drove. I can only repeat it, Stefan taught me to drive in the Porsche 956, otherwise I might not be where I am today. For me a great moment to drive around the Nordschleife with the 956. Just awesome! "Above we embedded a video in which Bernhard and Stuck can be seen on their demo lap The Porsche 956 brings back its 456 kW / 620 hp six-cylinder boxer engine with a displacement of 2,649 cubic centimeters, but in the race today exactly 35 years ago Bellof could not realize its potential.

As already mentioned, the car lost its grip on the section Pflanzgarten and flew like a bullet through the air. Winner of the ADAC 1000 – as it was called then - were after 5: 26: 34.630 hours and 44 laps through the Green Hell Jacky Ickx and Jochen Mass, also on the Porsche 956, marked with the start number 1. Cars of the same type also occupied the positions two to four and six. Bellof and his team-mate Derek Bell were ranked 22nd. For Bitburger ADAC 1000 km Nürburgring found around 25,000 spectators in changing weather the way to the 20.835 kilometers slightly shortened Nordschleife. The race was part of the FIA ??World Sportscar Championship, which Stefan Bellof won the following year. Let's take a look at what we are doing in our shop on this subject: A paradise for fans, so much in advance.

Georg Bellof and the memories

At the top of the wish list, of course, is the model car, with which Stefan Bellof drove the record round: small series manufacturer CMR offers a miniature Diecast, which is produced in 1:43 scale and replicates the Porsche 956 with a short tail. Interesting for fans is also the T-Shirt "record round" that the team of Stefan Bellof Official offers to the friends of the Gießener. A short time after the Nürburgring race, Bellof and Bell competed in the 24 Hours of Le Mans, with miniatures by CMR and Spark. The extremely dressy polo shirt "Record round" is also the preferred garment of Stefan Bellof's brother, Georg Bellof jr., Which he also wore at the Nürburgring in mid-May. He was allowed to take a seat in the 1983 car.

Bellof said his brother's lap record at the time: "It only becomes clear much later what Stefan's achievement was with a time of 6: 11.13, a record of 35 years, which is impressive." And he continues: "I am pleased that in addition to the many fans, also the current drivers still appeal to me on the lap record of Stefan. Everyone thinks that this was an incredible achievement and they pay him great respect. " This is probably due to the fact that in 2013 in the context of the 41st AvD Old-timer Grand Prix the curve combination between the jump hill in the Pflanzgarten and the section Schwalbenschwanz has received the official name "Stefan-Bellof-S". Our recommendation to finish: Take a look at the above embedded video!