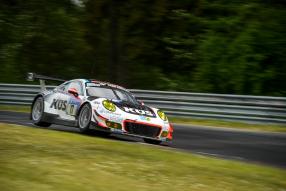 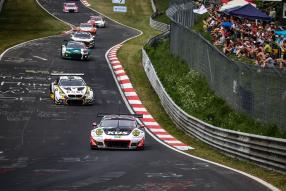 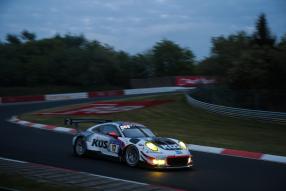 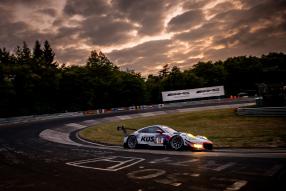 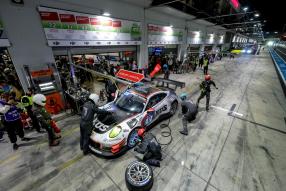 The two-time long-distance world champion Timo Bernhard this time on the other side of the pit wall: His team KÜS Team75 Bernhard took a notable 21st place in the 24-hour race at the Nürburgring, but they were far below their value for the debut to the bosses at the command post. Much more would have been possible, even the podium was within reach. But a problem, without external influence, on the suspension of the Porsche 911 GT3 R forced a nearly one-hour repair break during the night. Even then, it couldn’t continue without interruption: fog and rain forced the race cars to the pits, thus ensuring an involuntary break. We take a quick look at the weekend of our partner team, Listen (without tone) to those responsible and bring the latest pictures from the weekend.

KÜS Team75 Bernhard at the Nürburgring

After a quarter of the race distance at the Nürburgring 24 Hours, the KÜS Team75 Bernhard was in sixth place. Porsche works driver Jörg Bergmeister (42) from Langenfeld near Solingen had, as starting driver, brought the Porsche 911 GT3 R from position 13 unscathed through the initial tumult. Still after midnight, the Porsche of the team from Bruchmühlbach-Miesau were in the top ten, until a problem with the suspension brought it out of step. The overdue repair took more than 50 minutes and threw the driver's quartet with Jörg Bergmeister, the Dane Michael Christensen (27) and André Lotterer (36) from Monaco and Porsche Young Professional Matteo Cairoli (21) from Italy in overall 55- Eight laps behind the leader.

The race to catch up was made extremely difficult by the onset of rain, but the Bernhard-Porsche, which ran smoothly after the repair stop, was back in 21st place in the late morning. The four drivers drove peak times, delivered a flawless performance and the mechanic's crew ensured smooth service at the box. The continuation of the recovery was interrupted by the red flag at 12:00 o'clock, raising fog had caused the race control to stop the race for security reasons. After the restart, the position of Michael Christensen was then brought despite adverse weather through the finish line. The Porsche 911 with the start number 17 was in the class SP9 and could reach its fastest lap with 8:21.968 minutes in round No. 4.

That was fast, but not as fast as when Timo Bernhard's idol Stefan Bellof was on the road, who holds the record to date on the Nordschleife with a 6:11.13 in the Porsche 956 in 1983. It was exciting in the final minutes of the race in which the Mercedes-AMG Team Black Falcon literally triumphed for victory with the GT3 of the Porsche 911 GT3 R of the team Manthey Racing: The Porsche thus won the 46th edition of the 24-hour race through the Green Hell. Now let's hear what the team leaders that we are working with in the ADAC GT Masters have to say. Jörg Bergmeister: "Of course it's very annoying that we had this technical problem, we were quite competitive in the rain and could have reached the podium, but that's just what happens."

Michael Christensen referred to the weather conditions: "A crazy race, there was a lot of water in the end, the visibility was very bad, but at the end of the day we brought the car home, we had no incidents or problems, I think we did a good job. " André Lotterer, winner of the FIA World Endurance Championship in 2012 and the Le Mans 24 Hours in 2011, 2012 and 2014: "I was very happy to be part of the team with Timo and the whole team, the team is young, dynamic and there is still more to come. Unfortunately, we had this defect, but nobody could anything about that. It was because of the material. The team did a good job, repaired quickly and we finished, we learned a lot, it was a difficult race, but hopefully we come back and are then stronger. "

We leave the final word to team owner Timo Bernhard: "I'm really proud of my troupe. We pulled the race, had a huge performance. In the dry we were between position five and seven, after the repair, when the rain started, we were permanently with the fastest car, it went towards the podium. In retrospect, there is a bit of sadness because it could have been a huge result for us. On the other hand, we have proven ourselves. That I'm very happy about. A big thanks to the whole team, a huge thanks to my parents and the four drivers who did a great job. Finally congratulations to the team of Manthey Racing. It was great that Porsche won here again. It was also time. "