With a model car rich in details, Ertl commemorates a successful feature film from the year 1984. We sum up the data from the film. 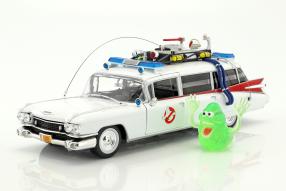 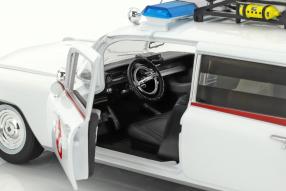 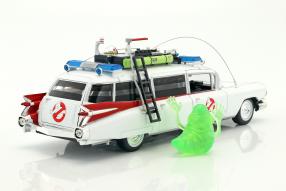 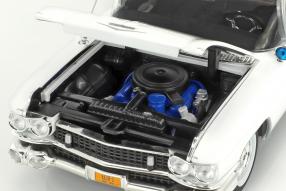 Many of you will have spent the Sunday with your loved ones, maybe with a walk as well as in front of the model car collection. Possibly also in front of the TV, in which more or less regularly the feature film "Ghostbusters", directed by director Ivan Reitman in 1984, is repeated. Sorry, in the new German private channels that, of course, it is said "the film is back". Whatever you call a re-run, with a budget of $ 31 million, "Ghostbusters" grossed $ 291.6 million worldwide, making it one of the ten most successful films of all time. In Germany, more than four million people watched the comedy starring Bill Murray, Dan Aykroyd, Harold Ramis and Ernie Hudson in the title roles, whose special effects cost $ 5.6 million. The screenplay was written by Dan Aykroyd and Harold Ramis.

In 2016, after a long struggle on many levels and after the continuation of Ghostbusters II in 1989, a reissue was released in the cinemas, in which the ghost hunters were all female and in which Bill Murray, Dan Aykroyd, Sigourney Weaver, Ernie Hudson and Annie Potts played along but were not seen in their old roles. However, we remain on the occasion of the entry of the model car from the Ghostbusters Cadillac in 1984. The science fiction fantasy comedy tells of three unsuccessful parapsychologists who start a ghost hunter agency after the release from the university. Not a bad idea, it is a move up. By the accumulation of paranormal phenomena the business idea works.

And so successful that it even allows an expansion of the team. When a god - worshiped in ancient Mesopotamia according to the narrative in the film - is about to return to our world with the help of a demigod, a gatekeeper, a demon and key master, the Ghostbusters must show what they can do. In doing so, they resort to their emergency vehicle, an ambulance built on the 1959 Cadillac Miller Meteor. The original for use as an ambulance was built 200 times; the film crew had only one copy available. With the name ECTO-1 to be read on the license plate, the film refers to the parapsychological concept of ectoplasm.

Ertl perfectly fits the look of the vehicle, delivering not only true to original interior trim, a detailed engine compartment and steerable front wheels and opening doors and hoods, but also equips the model car with the items the ghost hunters installed on their deployment car. That Slimer, a figure from the film, is enclosed, we evaluate as a small highlight to the high-quality model. If you like the movie and enjoy the re-runs, the model car is the perfect accessory for a movie night with Dan Akroyd & Co.