The record world champion was omnipresent in his living room at the Belgian Spa-Francorchamps. His son Mick recalled the father&#039;s first victory. 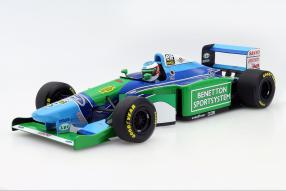 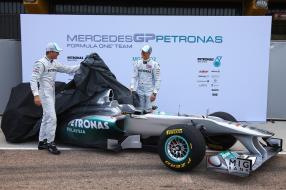 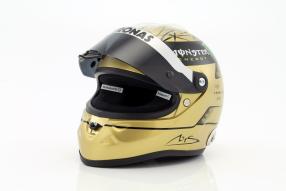 You can't always believe everything the Media writes: when, for example,they are speaking about the performance of Mick Schumacher in theGrand Prix of Belgium in Spa-Francorchamps last Sunday it is to be read that the 18-year-old drove in the first Formula 1 car of his father , Then this is not quite true. On the track were Mick and the Benetton of 1994; The first Formula 1 of Michael Schumacher was a Jordan 191. With this he debuted 1991 at the Circuit de Spa-Francorchamps. In 1992 and thus 25 years back, he won his first race in Belgium but in the Benetton, which was the occasion for the show through which Schumacher became theme of the weekend. The performance hit us in the heart, because we too are missing the seven-time world champion,after his serious ski accident in December 2013.

However, there was a second reason to think about Michael: Lewis Hamilton secured his pole position on Saturday: his 68th overall, with which he tied  the record of Michael Schumacher, who also went so often from the first starting place in the race. Niki Lauda spoke in an interview with the Austrian newspaper Krone / Kronenzeitung not only about his interest in the repurchase of the airline flyniki he founded, but also about Michael Schumacher: "Everyone misses him here, and everyone is waiting to hear how he is." He wishes "that we may see him again, but I believe that is an illusion." Lauda and Schumacher were two of the men involved in the comeback of silver arrows in 2010, making Lauda a very special companion of the Kerpener.

Michael Schumacher is omnipresent with us

As much as it saddens us, what happened to Schumacher, so much is he still a part of everyday life in our business. Because the fans continue to ask for interest in the active time of the racing driver. Pins and miniatures to the helmets are still the hit; Especially the gold-colored anniversary helmet from Schubert 1991 - 2011. Coffee cups in various designs and, of course, Modellautos determine the assortment, as also a model of the Benetton from 1994 in the 1:18 scale of Minichamps, of which only 1,104 copies for the world distribution were produced are. 1,512 is the model in 1:43, which replicates the utility car of the Grand Prix of Belgium from the year 2012: dedicated to the 300th Grand Prix that Schumacher denied. Special models and books complete our offer. Our request to conclude this blog: #KeepFightingMichael

Here: Click to Mick Schumacher in the article from Bild.de