The first time training from the perspective of Porsche. The Top30 qualifying of the top event on the Nordschleife from today on television. In Monaco: Stefan-Bellof-Collection. 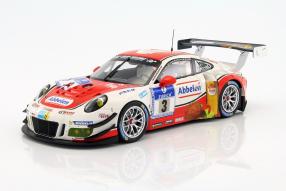 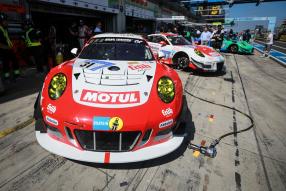 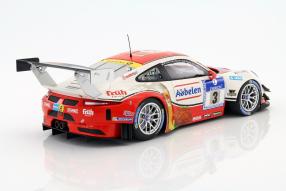 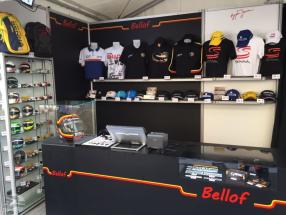 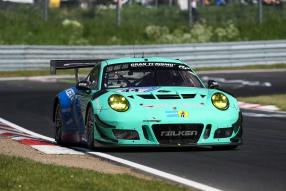 That this weekend is completely under the banner of motorsport, should not suprise the readers of our blog. With the Formula 1 in Monaco and the 24 hour race on the Nürburgring, the highlights of the year are on the calendar. In the Principality, the training is free today: Lewis Hamilton and Sebastian Vettel finished the first practice with 1: 13,425 and 1: 13,621, thus continuing the probably most exciting fight at the top of Formula One: when we finally had the situation that Two riders in the ping-pong style alternate in the fight for the top and the position race for race changes again? We are faced with clashes between Damon Hill and Michael Schumacher, but so tight and exciting from the beginning of the season, which is unique. Something unique in Monaco made its debut, by the way!

In cooperation with the Ayrton Senna Fan Shop, the Stefan Bellof Collection celebrated its world championship in the Formula 1 environment in 2017. 1984 was when the Brazilian with his Toleman from the 13th place went into the race and to the 16th round to third place; Bellof was also not one of the favorites with the Tyrrell, which was still powered by a self-propelled engine. From the last grid position, he did not have any great prospects to score great points in the tight Mediterranean course on the Mediterranean. But the rain and the heart blood of both riders should take over the lead: In the 24th round, Stefan Bellof was already on the fourth place. Even René Arnoux in the Ferrari 126C4 could not prevent Bellof on position three behind the leading Alain Prost in the McLaren-TAG-Porsche and thus to Ayrton Senna.

Stars such as Elio de Angelis and Keke Rosberg were already a long time cashed. Stefan Bellof and Ayrton Senna drove as if unleashed, but in round 31, race leader Jacky Ickx broke the Grand Prix: Wanted Porsche factory driver Ickx to help the Senna and Bellof threatened prost in the McLaren help? It almost seems so, because behind the target line Senna passed by Prost; Second, Bellof as third. Ickx was suspended for one year for the race leader's job. The brand-new T-Shirt from the Stefan-Bellof-Collection, which can be bought at Rue Grimaldi from now on and in the new webshop from June 1st, 2017, recalls this race. The name Stefan Bellof is, of course, also inextricably linked to the name of Porsche, because after all, the Giessen driver for Porsche was in the FIA ??long-distance world championship.

Porsche customers and their cars are, of course, an integral part of the Nürburgring's 24 hours. In the first qualifying session of the long-distance classic in the Eifel, the best Porsche 911 GT3 R from the Team Manthey Racing with a starting number 12 was 8th, 25.1131 minutes to place 8. Altogether six teams compete with the Porsche 911 GT3 R 24 hours Race for which more than 200,000 spectators are expected. Prior to the Marathon in the Green Hell, the first two VLN races and the qualifying race had the opportunity to reach the top 30 qualifying, the top spots at the Eifel Marathon on Friday, 26 May, starting at 7:50 pm be determined. Five Porsche teams have already qualified for this. The first time training they used primarily to select the right tire mixtures and work on the appropriate vehicle tuning.

The second qualifying session on Friday morning will also be a part of the tuning of the chassis for the race. The top 30 qualifying will be held on the Friday evening from 7:50 pm to 8:30 pm and will be broadcast by RTL Nitro live from 19:25 to 21:10. The race will take place on Saturday, 27 May, from 15:00 live and full-length at RTL nitro. Also on the Internet under the link featured.de/n24h. "We've been testing a few things, mainly tires for the cooler temperatures in the evening." We're a few Good laps and we want to learn as much as possible before the race. " We wish you every success and recommend our Twitter account with the highlights of the weekend news.

Click here: The model cars for the 24-hour race 2016 and earlier in the overview