09.02.2017ThrowbackThursday in the blog: Today with Stefan Bellof

Today&#039;s look back at the past is also a look into the future: with a new website the memory of a great racing driver is cultivated. 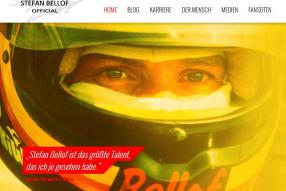 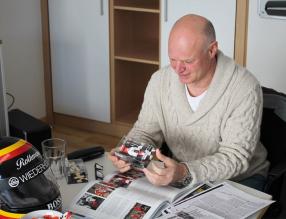 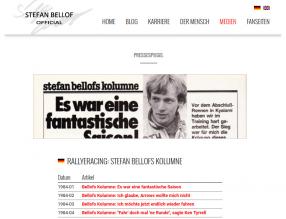 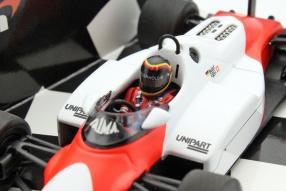 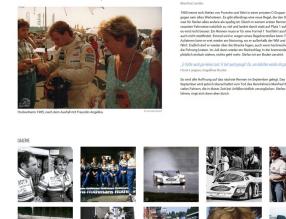 Manfred Winkelhock, Jochen Rindt, James Hunt and Ayrton Senna - big names of motorsport, in whose series Stefan Bellof can not be missing. The memories of the drivers are kept alive especially in the circle of model car collectors, because by the appearance of miniatures after the role models of their racing cars again and again the name of the respective driver in the consciousness of the collectors lives up. Due to the new editions on the one hand and the filling of every little gap, on the other hand, it is only yesterday that we were reminded of the 2001 racing driver Bob Wollek with the Porsche 962 C. In this way, we often think of Stefan Bellof, but the thoughts on the Giessener are now being stimulated by a new website that fills his brother with life.

The site stefan-bellof.de, which has been released since January 31, 2017, was developed in close collaboration with the Bellof family: Stefan's older brother Georg "Goa" Bellof will be commenting on the experiences of the time in his blog "Goas Erinnerungen" With his brother in the motorsport report and therefore fill the website, as mentioned, with life. The first article is devoted extensively to Stefan's first Formula 1 test ride at McLaren in 1983. A comprehensive picture gallery as well as videos from past days round off the brand-new appearance of Stefan Bellof on the Internet. We look at the website, which will publish pictures of Stefan Bellof which are not yet known.

Looking back on Stefan Bellof's life

Stefan Bellof was born in Giessen in 1957 and died in 1985 at the age of 27. His career began at the end of the 1970s in the kart. Success was quickly achieved, which led him to the 1982 Formula 2. In the Porsche 956 K - a sports car prototype of group C - Stefan Bellof set the today's valid round record of the Nordschleife of the Nürburgring of 6.11,13 minutes. As early as 1984 Bellof and Porsche were able to win the World Sports Car Championship; His entry into the Formula 1 of the same year at the team Tyrrell brought him the 3rd place, which until now has been unforgotten, with which he finished the Grand Prix of Monaco in 1984. In the Formula 1 season 1986, Bellof should start for Ferrari, but unfortunately it was not.

On September 1, 1985, the life of the promising and hopeful racing legend ended tragically, as a failed attempt to overtake the Eau Rouge Chicane of the Belgian course at Spa-Francorchamps brought an abrupt end to the life of the highly respected racing driver. Jochen Mass later said that it just did not fit at this point. In addition to the blog "Goas Erinnerungen" you can also find general blogs, the website over seven stations, the career steps by Stefan Bellof, summarizes his life and the day of his accident together and presents a video category. The website, which is also available in English, also links to Thomas Guthmann's fan site. We you have fun browsing.

Click here for the overview of our Modellautos to Stefan Bellof

This link will take you to Stefan-Bellof.de