On the weekend decides who will be Formula 1 World Champion 2016. It couldn&#039;t be a better time: The Essen Motor Show begins. 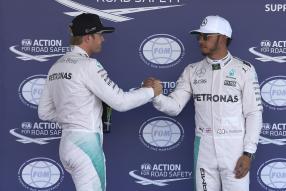 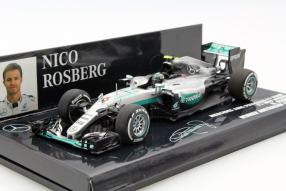 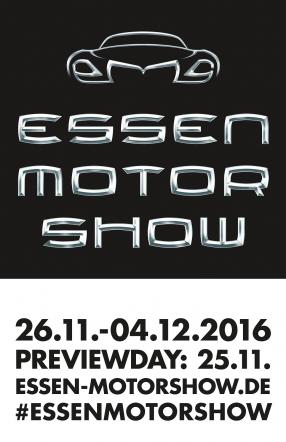 Yes, dear friends of well-groomed modellautos, unmistakable signs that the year is coming to an end, are two events, which are now imminent: the final in Formula 1 at the Yas Marinas circuit in Abu Dhabi and the start of the Essen Motor Show , Which until 4 December 2016 will inspire fans of civilian and getunter cars as well as those of racing cars of all classes. As you already know, ck-modelcars has its own sales floor in Essen: Hall 1, Booth 123. It will be really exciting, however, first in Abu Dhabi, at the 21st and last run of this year's Formula 1 season Nico Rosberg and Lewis Hamilton as last remaining rivals in the fight for the title. For Rosberg it would be the first victory in the Drivers World Championship, for Hamilton already No. 4. The German leads in the valuation, but decided is nothing with it.

Rosberg's leap forward to Lewis Hamilton has already been bigger: Nico is only 12 points ahead of the rivals' 355 with 367 points. Hamilton is not only a three-time champion, but also the biting fighter. However, Rosberg has shown this year that he can fully exploit the potential of his car. "We must give Nico and Lewis the basis to fight their battle to the target flag, both of them were exceptional, and each of them would be a worthy World Champion, behind us all A grueling year with a record-breaking race calendar and the additional challenge of preparing for a new 2017 regulations. After such a marathon fight, the winner can truly claim that he deserved it. "

What are the chances of Nico Rosberg?

Rosberg will be world champion in winning Abu Dhabi and bringing 25 points, finishing second with 18 points or landing in 3rd place (15). It may be worse or even impossible to fail; Except - Hamilton quits. Rosberg reaches a 4th place with 12, the 5th place with 10 or the 6th place with eight points, when Hamilton is second. If Rosberg is seventh with six or eighth with four points, he is a champion if Hamilton gets 12 points and thus reaches a third. If the German takes 9th place with 2 points or 10th place with a point, he remains world champion, if the Briton reaches the finish line as a fourth. Should it run badly and Rosberg fail, but Lewis only gets 12 points, both would be on equal points and the German world champion, because he can have 4: 3 more second places.

Our tip for the exit of the race

At the end of our little article it is clear that nothing is certain! The race for the title of the year 2016, the fight for the victory in the world championship rating of the 67th Formula 1 season is infinitely exciting. The Mercedes-AMG Petronas F1 Team has achieved the highest goal as the winner of the Constructors' Championship; In the world there are many fans whose heart is beating for Lewis Hamilton, in Germany Nico Rosberg may have more followers. This helmet from this season, by the way, Schuberth already offers on the scale 1: 2; Via the link embedded here, you will get an overview of the already available model cars of this year's Mercedes-AMG F1 W07 in 1:43 and 1:18. For the race (from 2 pm live on RTL) and their winners, we join Toto Wolff: "We are all very excited to know who this will be.