The 23rd edition of the legendary motorsport festival provides a real world premiere with the Mercedes-AMG GT R, a lot of BMW and Bentley and of course ck-modelcars. 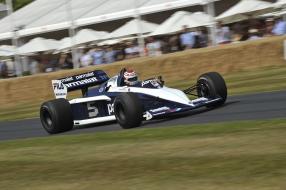 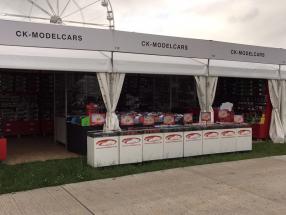 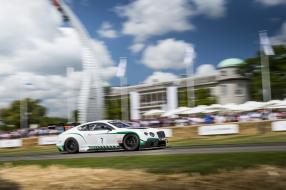 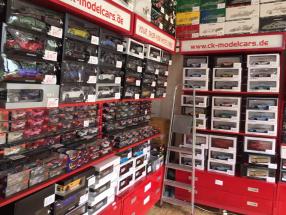 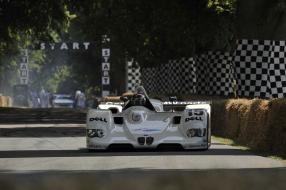 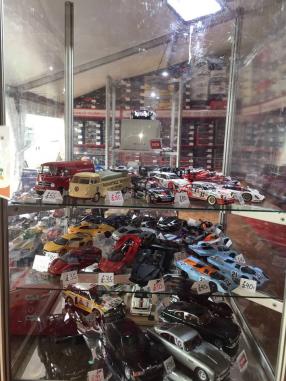 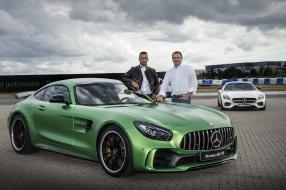 Every year about 180,000 visitors are lured into english Goodwood by the sounds of the engines of exclusive sports cars. The Goodwood Festival of Speed ??- or briefly called FoS - is a summer motorsport event in the grounds of Goodwood House in Westhampnett at Chichester in southern England that takes place since 1993 . The show is due to the passion of the landowner Charles Henry Gordon-Lennox, Earl of March and Kinrara; better known as Lord March. Goodwood is considered the world's largest event of its kind, serving the major car brands as an ideal place to present sports cars from the sales program for the road beside the cars of their respective companies. Ck-modelcars has to be part of the program - and we are.

If even more to be understood as a tribute to the motorsport because as a serious race enjoys the hillclimb with its nine curves in the racers and fans the highest popularity. The motto for this year is "Full Throttle - The Endless Pursuit of Power". Lord March promised to the press that in 2016, the wildest, fastest, craziest and strangest cars and motorcycles will be on display that the Goodwood hill have ever ascended. The focus this year is the Bavarian carmaker BMW, which is celebrating its 100th anniversary - the anniversary year BMW presented to the visitors of the traditional events as "Honoured Marque".

BMW at the Festival of Speed

The delegation of BMW Group Classic includes 13 motorsport legends on four and five classics on two wheels. Leading is the BMW 328 Mille Miglia Touring Coupe, which at the Mille Miglia took a new record time in 1940 for overall victory. A place of honor in the collection of BMW Group Classic has also held the Brabham BMW BT52. In 1983 he was the first vehicle in the history of Formula 1, which was able to win the world title with the help of a turbo engine. In Goodwood it has been deployed since three years the missile from Italian Riccardo Patrese, which belonged to the team of Brabham BMW in 1983 and 1992 Formula 1 World Championship runner was. Minichamps has plus matching models both Piquet and Patrese as driver. (183830105, 183830106).

The two model cars are made of diecast zinc and have a lot of details that are the visual feast by the removable hood. But it goes on at Goodwood: The Frenchman Yannick Dalmas, 1999 was a member of the driver trio that won the 24-hour race at Le Mans in the BMW V12 LMR. He sits again at the wheel of the sports car at the Festival of Speed 2016. In addition there is for Dalmas a reunion with the McLaren F1 GTR, which is also powered by a BMW twelve-cylinder engine in which he won at Le Mans 1995. At the Festival of Speed ??2016, the BMW Group Classic looks but also back to early record drives with supercharged motorcycles that winning streak in team racing and victories in the Tourist Trophy.

Ck-modelcars and Bentley at Goodwood

Keyword View: ck-modelcars is represented with a huge sale tent that offers a wealth of model cars. Of course, the focus is on the thumbnails on the models from the world of motorsport. Examples? Diverse McLaren F1 GTR, Ford Capri Group 5, Audi Sport quattro from rallying, Porsche 911 GT3 of different vintages, McLaren MP4-12 C GT3, Ford Focus in race trim, Mercedes-AMG GT, BMW 3.0 CSL coupé in civilian output and from the racing, Porsche 908 and Porsche 935 - all in 1:18 scale; Mercedes-Benz 190 E Evo 2 and models from Aston Martin and others have found their way to Goodwood 1:12 scale. Get the latest novelties that are waiting for you as well as rare curiosities and promotions.

BMW announced to present exhibits in the BMW 635 CSi and other M models from the past 40 years. Just to 6 series and their offshoots Motorsport we have to offer a lot of models; Minichamps, but also the brand new label CMR. New vehicles will be but also to see and try to break the speed record by Nick Heidfeld from the year 1999th Heidfeld then lashed a McLaren MP4-13 from Formula 1 in 41.6 seconds on the 1.16 miles or 1.866 kilometers long track. Bentley announced a debut of Bentayga in Goodwood, which will be driven by Derek Bell. Also present: Flying Spur V8, Continental GT Speed and a 1929 Blower Bentley.

The presentation of the Mercedes-AMG GT R, the hottest version of the sports car with the star makes a lot of attention. For the first time there will be at the Coupe not only a fixed rear spoiler, but also to the GT3 and the Mercedes-Benz SL-known Pan-American Grill, which is reminiscent of the motorsport missions in the 1950s and the coupes / roadsters is excellent. The racing version of the GT for the road gets larger air intakes, Flaps, modified exhaust tailpipes in the middle of the larger diffuser and the 4.0 liter V8 Biturbo with 430 kW / 585 hp. So far, the GT with 340 kW / 462 PS and 375 kW / 510 hp was available. Larger brakes, racing knit exterior and interior with bucket seats and aluminum optics for the driver inside: A beautiful foundation for exciting new model cars!

We look forward to welcoming you onfrom the 23rd-26th of june in Sales Village at the starting line in front of the food area at the tent numbers 111, 112 and 113! We wish you a nice weekend!