The last series of the famous Volkswagen Type 1 comes back as a model car in 1:18 scale. A backflash the most beutiful way. 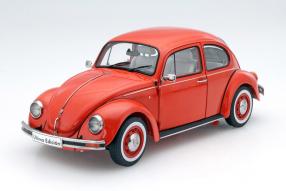 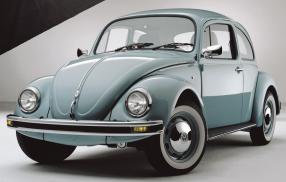 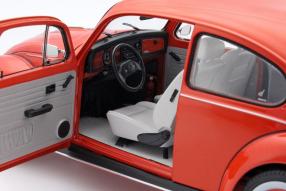 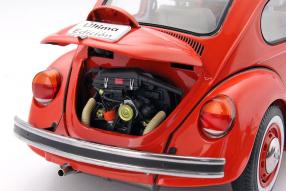 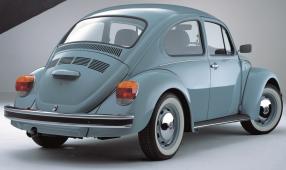 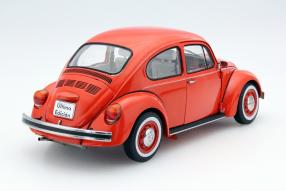 Let's start this blog entry, for once, with the price: 124.95 Euro can be a princely sum for a model car that the collectors of premium sports cars buy and place it in a showcase. But he may just buy VW Beetle 1600i the Última Edición from Schuco and thereby enjoy a variety fantastic details that this model offers in the very best quality. Regular readers know our blogs, how carefully we look at car models and how well turn out the assessments of products from Schuco - there makes that available under the article number 450029200, painted in Tornado Red Model car no exception. We remember to match the current throwback thursday on a great car.

The beetle by Schuco in detail

Photos are Under the hashtag #throwbackthursday on Twitter mostly published on the Internet from another era, to which the users are usually happy to remember. We certainly remember the times in which the world is still satisfied with a brave VW Beetle, which mobilized the masses since the late 1938th Until 30 July 2003, a total of 21,529,464 Type 1 were built, the last of the beetle produced came from VW Museum Autostadt in Wolfsburg. Schuco is reminiscent of the last series of the legendary automobile with the VW 1600i "Última Edición" that shipped with chrome parts and whitewall tires and light pastel colors: the tones Aquarius Blue, Harvest Moon Beige, Tornado Red and Reflex Silver Metallic included the color chart at the end.

The key variables for Última Edición

Since October 1992 to the end of production were all Beetle engine with the letters ACD. He made from 1584 cubic centimeters 37 kW / 50 PS. The compression ratio was 7.75: higher than the previous 1.6 liter engines. 1 The Digifant injection and the regulated catalytic lowered fuel consumption and emission levels. The Mexican beetle with catalyst can be recognized by their single thick exhaust pipe on the left side, which Schuco has realized in the ambitious model car as well as the external, above features. The miniature version of the 1600i is made from die-cast zinc, so therefore has to open doors and hoods.

While the doors allow the insight in a spartan but prototypically equipped interior, the engine flap disclosed in the stern judgment of the then state of the art. First, in the interior: The dashboard shows much bare metal in body color, but carries the foam covering from the VW 1300-1970s; Safety, the absolutely sufficient in our view, with careful driving. According with plastic coating and the steering wheel; the controls - so very few switch - Schuco has perfectly recreated. The door panels with window crank, map pocket and arm rest are as well modeled as the seats, front and rear.

Technology can be experienced with the model

Looking at the motor shows with distributor, heater hoses and alternator one for today's times multitude of details that makes watching more fun than viewing an engine cover of today's V8. Since it is still the experience of art, to be able to touch it and feel it. So something has a golf not today. Not only the appearance of the entire body is Schuco very well done, but also the appearance of details such as the steel wheels including tires. Spare wheel and tool kit waiting in prototypically with rubber lined boot. Yes, this kind of retrospective, of #throwbackthursday fun for us, dear people of Schuco. But you have a top grade earned: The 1, and so close to #TGIF, "thanks god, it's friday". :-)

Note: The above-embedded video shows the production of the last series of the VW Beetle. Have fun with it!