With the racing cars from the Procar Series in 1980, the team from Aachen presents a model, for which someone should give Romy Lang a kiss. 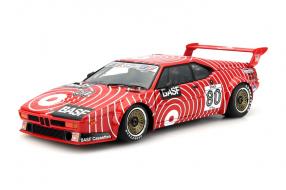 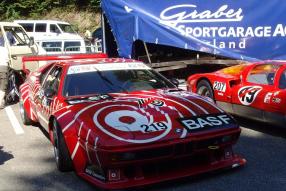 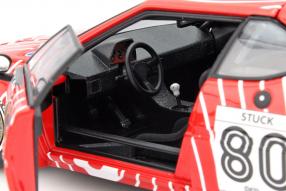 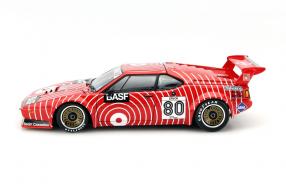 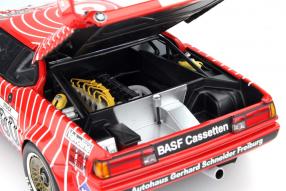 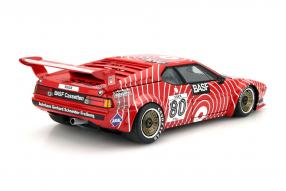 Would he be jealous if the collector from Minichamps models stood before the door of his wife, to thank with a peck or even a double kiss for the latest work of the Aachen company? No matter: we would risk it. Because the BMW M1 Procar Series from 1980 is exactly what the fans want in 1:18 scale by Minichamps - a highlight for the showcase. The Topneuheit of modellers around Paul G. and Romy Lang have created with the M1 the item number 180 802 988, a miniature, which is exactly the details reflect that we expect from a model in so-called Bburago Scale: The very fact that the M1 diecast zinc was prepared and transferred to open doors and hoods has, is already the first step towards a compliment.

And a kiss on the podium belongs in motorsport; perhaps less in Formula 1, but certainly at grassroots level. And this category is the model presented here of M1 assigned: In the 1970s, BMW was successful in motorsport with the 3- and 5-BMW. For this success the idea, which had the first race car of the BMW Motorsport GmbH without standard template to the destination grew: the BMW M1 was born. The technology came from BMW, the space frame at Marchesi and the glass fiber reinforced plastic body with TIR; Both companies were based in Modena. Giorgio Giugiaro's company ItalDesign built together frame and body and was responsible for the interior. The car received its complete mechanisms of Baur in Stuttgart.

The two motorsport managers Bernie Ecclestone and Jochen Neerpasch invented the Procar series for the car. Ecclestone and his crap rider Max Mosley made sure that this brand trophy series of BMW M1 before most European race of the Formula 1 season 1979 and 1980 could provide a lot of furore. To the M1 for motorsports in terms of FIA homologated Group 4, had to build at least 400 copies of the BMW Motorsport GmbH and its former boss Neerpasch. Why was developed by just 1.14 meter high mid-engine coupé is also a version for the street: The first car with the name M was born. The demand was huge; after 130 cars in the first year another 300 firm orders had to be processed.

With its 345 kW / 470 hp ProCar racing cars ran significantly faster than Tempo 300. 1979, Niki Lauda - was already a two-time Formula 1 world champion - so a big appearance: In 8 races in the M1 Procar Series, he won 3 victories and a 2nd place. In the US, the M1 "Red Lobster" teams to cult cars that drove the competition in the IMSA GTO class into the ground were. In the Procar Series, the 5 fastest Formula 1 driver from the training runs were with work vehicles of the BMW M1 against more than 19 sports cars and a private pilot this type of vehicle. The race distance was about one-third of the Grand Prix distance of each Formula 1 race. In the season 1980, the regulations were amended: Procar race there was no F1.

Hans-Joachim Stuck was also one of the party and drove each in two years one of the 44 to 48 largely identical BMW M1 Procar series, which had accelerated in 4.5 seconds from zero to 100th He reached the 2nd place in the championship standings in 1979 by Niki Lauda and ended the year 1980 as 3rd behind Nelson Piquet and Alan Jones from. The car in the gaudy BASF paint there was certainly one of the highlights, because so striking the white-blue painted works cars were not. That proportions and appearance of the model car with those of the model cover precisely that we can confirm at the initial consultation. Minichamps is also to learn to make a blunder in this discipline. The look of the M1 is made in the model perfectly.

The highlights among the intricacies

The fact that the openable functional parts provide a great insight, is certainly one of the strengths of a model from die-cast zinc with respect to a resine plastic. The team from Minichamps has given itself in the reduction of the cockpit every effort: That is not much to see except racing seat, roll cage and black dashboard, the time and the prior art is owed. Really big class but is the downsizing of the motor with the razor-sharp BMW valve cover, the Ansaugtrompeten the six-cylinder and the replicas of the ignition wires. The finish of the aluminum parts of the chassis confident in the model as well as the small ancillaries. So, dear family Lang, we want car models, and it's there now 'nen big kiss! Jealousy or not.