With the model of the car W463 1:18 the label from France offers a top quality product. Mercedes-Benz G-Class was last revised in autumn. 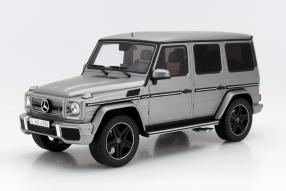 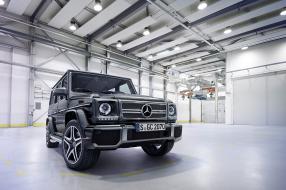 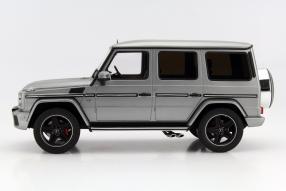 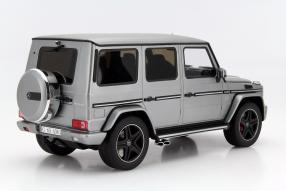 In September 2015 Mercedes-Benz has revised its long-standing successful model G-Class to the GT-Spirit presents a great Model car before the turn of the year. For the fans of Mercedes-Benz among you we have summarized the most important facts about this miniature as the changes to the G-Class with internally designated W 463rd Of course this makes the greatest impression here presented in a scale of 1:18 G 65 AMG, because that is powered by a V12, and is available as AMG G 65 with exactly 271,915.00 euros in the price lists of the car manufacturer. The model car of GT-Spirit is with 99.95 Euro slightly cheaper, but unfortunately built up even resine plastic instead of the steel from which the W 463 to be built for eternity.

Highlights on the model of the G 65

The use of high-quality polyurethane casting resin allows only that so elaborately made and highly-detailed models can come at affordable prices ever on the market. Shape and appearance of the model for the G 65 agree perfectly, the headlights, daytime running lights strips and edged apron in the form farmer from Macao so well implemented that one might think, the same flames on the headlights. The honeycomb grid in the main grille and provided with a chrome insert moldings on the side are modellbauerische highlights. So we also evaluate the sills, the exhaust tailpipes and the replica of the door hinges. Other highlights include the chrome-ringed spare container and a replica of the brake system.

The revision of the G-Class

Doors and hoods remain due to the material, unfortunately, closed. But the windows are large enough to provide a great insight into the interior. There initially fall on the finely quilted replicas of the seat covers. But even the new instrument panel and center console of the painted in tenorite-Metallic G 65 has recreated meticulously GT Spirit - since missing a single detail. And with these subtleties, the model refers to the model, the redesigned parts in the G-Class. With the update of the classic features up to 16 percent more output and up to 17 percent less fuel consumption. A newly tuned chassis and a more sensitive ESP control to increase safety, comfort, and driving stability. The G 500 also received a new 4.0-liter V8 biturbo engine which works also in the AMG GT.